From Getting Diagnosed To Educating Others: Read Sahil’s Journey Of Living With Type-1 Diabetes

It was in 2011 that Sahil Om Madan was diagnosed with type-1 diabetes. He was 20 then. Not only did he take it head-on, but he is now a diabetes coach and educator, spreading awareness around the disease that has impacted him deeply. When we think of diabetes, especially the type-1 kind, an insulin pump is the first thing that comes to your mind. But that’s just one aspect. The patient has to pay careful attention to his/her diet and the overall lifestyle, which at times might feel overwhelming and exhausting. Although you can get all the information you need from your doctor, not to mention the large amount of info available online, sometimes what helps you cope better is to know the journey of another person who is going or had gone through a similar experience. And to get to you one such journey, Onlymyhealth spoke to Sahil Om Madan, a diabetes coach and educator, who is raising awareness around the disease one social media post at a time. 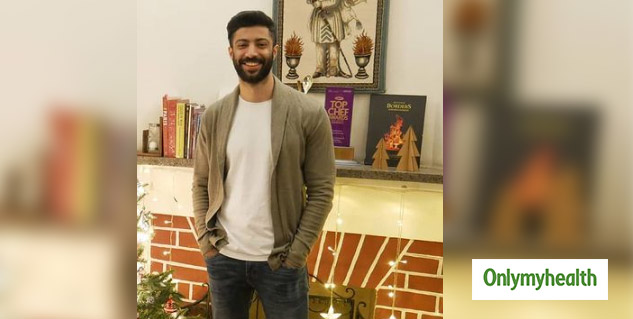 In a conversation with Onlymyhealth, Sahil said that he was diagnosed with type-1 diabetes at the age of 20. “There were symptoms for around two months, but we couldn’t understand,” he said. The result: he ended up in diabetic ketoacidosis. It is a serious and in some cases life-threatening, complication of diabetes in which the body produces excessive amounts of blood acids called glucose. This happens when the body can’t produce enough insulin, which is the case in type-1 diabetes.

On what was going through his mind following the diagnosis, Sahil said he had dropped about 15 kilograms at that time. Hence, “I was concerned about my appearance and how to improve my physique while living a regular life free of restraints,” he said.

“From having a cup of coffee to exercising, everything we do in our day-to-day life has an impact on our blood sugar levels, whether directly or indirectly,” Sahil said. “A person with type-diabetes may make 180 decisions per day to maintain his/her condition,” he said, quoting “a study.” Hence, he believes in preparing for the day, ready to deal with hypo or hyperglycemia. In hypoglycemia, your blood sugar levels get too low, while it gets too high in the case of hyperglycemia.

In this, the support of family and friends play a huge role “since it’s not just about taking insulin and counting on the number of carbs. It is a 24-hour day job, which can take a toll on mental health and is associated with several myths and stigmas,” he said.

Also read: Type 1 & Type 2 Diabetes: What Is The Difference? 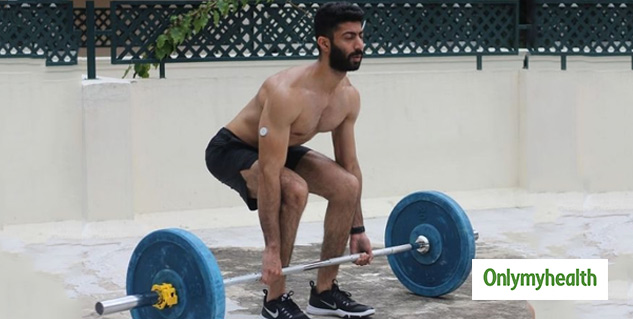 “Yes, without a doubt,” Sahil said on whether the condition has any impact on his mental health. “I’m always trying to improve my mindset to avoid diabetes burnout,” he said. And to grow both intellectually and mentally, he believes in meditation and taking frequent breaks. “It’s a difficult condition to live with, but I’ve found that normalising and enjoying the process helps me adapt,” he added.

Despite having the second-largest caseload of diabetics, second only to China, there is not enough awareness about it in India. And to address that, Sahil is spreading awareness around his condition on social media, one post at a time. “We all know the power of the internet and social media. I was always vocal about my disease and wanted to spread awareness about it,” he said.

He says he is also connected to a lot of type-1 diabetes patients from outside India, and hence “decided to start this movement here in India.” “I’ve interacted with hundreds of type 1s of all ages, some with suicidal tendencies,” he said, “and as a diabetes educator and coach, I’ve counselled them,” he added. He has also received several notes from parents of children suffering from type-1 diabetes, who “are hopeful that their child will do well in life despite having type 1 diabetes,” he said, adding that he feels motivated to keep going and sharing his experiences by the impact he has been able to make in the past four to five years.

Also read: 23 Year Old Anurati Has Been Fighting Type 1 Diabetes Since The Age Of 15, Read Her Motivating Story

A Little About Type-1 Diabetes

Type-1 diabetes is a chronic and life-altering condition to live with. We all know that the human body is made up of millions of cells, and glucose fuels them, and hence the whole body. However, for glucose to enter the cells, our bodies need a hormone called insulin, which is produced by the pancreas, an organ located in the abdomen. However, in those suffering from type-1 diabetes, the pancreas either produces very little insulin or no insulin at all. The result: glucose, which is a kind of sugar, builds up in the bloodstream, making the patient susceptible to myriad health complications. Symptoms of type-1 diabetes include:

If you experience any of these, get yourself checked immediately. It might be type-1 diabetes. However, these are just the symptoms and not the actual diagnosis, for which you must consult a doctor, who following the diagnosis might start the treatment accordingly.