How Solitary Drinking In Adolescents Might Lead To Adult Alcohol Addiction

According to a study published in the journal Drug and Alcohol Dependence, adolescents who take to drinking alone often end up becoming alcoholic in adulthood. The risk is apparently more in women than men. It is observed that solitary drinking has increased significantly in USA during the pandemic. People who were forced to stay at home on their own during the initial lockdowns ended up with concerning drinking habits due to stress and Here are some things the study found about the long term effects of drinking alcohol alone.

Researchers have found that there is a link between solitary drinking and alcoholism in young women. Female adolescents in the US have been found to have developed alcoholism in the recent years. Pandemic-led stress, anxiety, isolation, poor mental health, and emotional turmoil have contributed to increased cases of solitary drinking. The research teams from Carnegie Mellon University in Pittsburgh and the University of Michigan did a combined study on 4,500 people within the age gap of 12-15 years. They were first asked about their drinking habits when they were in their early 20s, and then when they got into their late 30s.

It was reported that adults who drank alone during their teenage years became alcoholics in their adulthood. They developed a habit of solitary drinking over time. On the other hand, people who drank socially were at a lesser risk of becoming alcoholic even though the risk still exists.

Also Read: How Does Alcohol Impact Fertility in Men and Women? 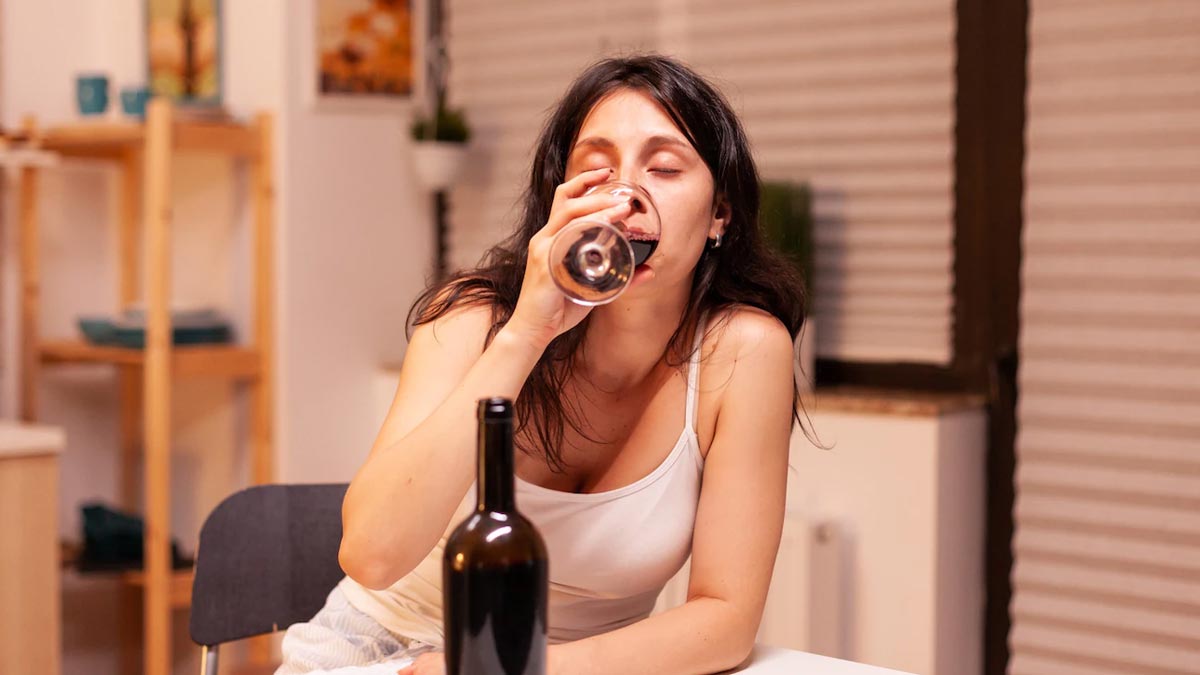 Experts find out that frequency and amount of alcohol consumption are secondary, the primary factor being drinking alone or socially. Solitary drinking in youth seemed to be the most prominent risk factor for alcoholism in adulthood. Women often struggle with balancing work life, personal life, and other responsibilities and that might be a potent reason for increased instances of alcohol consumption even when no company is available . This is indeed a worrisome discovery. Among other health complications, alcoholism increases the risk of breast cancer for women. It can even trigger anxiety and depression in many.

Also Read: List Of Least Harmful Alcohols And How Much Can You Drink Revealed by A Dietitian

Family members of alcoholics can help them deal with their addiction. So don’t hesitate to offer help to someone who seems to be struggling.

Previous Posts 4 Reasons Why You Should Have Chia Seeds With Lemon Water
Next Posts Monsoon Maladies: 5 Common Water Borne Diseases You Should Know About