We face many challenges in our life some conditions related to our health are very difficult to be reversed. One such condition in that of Paralysis, it is a temporary or permanent loss of voluntary muscle movement. There is a wrong perception in minds of many people that paralysis can only happen to people who are going through some disease or disorder. This is not true, some type of paralysis are very common and can occur at sudden movements because of any condition. Even though it occurs more in older adults, paralysis can happen to anyone. Let us check out its types, symptoms and causes.

What is Paralysis Attack?

It refers to loss of function or control over a particular portion or the whole body. We spoke to Dr. Sumitra Nanda, Head of Neurology Department in Vozart Healthcare Hospital, Bangalore to know about this condition in detail. She told us that paralysis is both partial and full body, majority of people actually suffer from some type of partial paralysis. In this condition, either peripheral nervous system or central nervous system of the person gets affected. As a result of this, it affects functioning of their body and they are unable to move a particular part of their body. 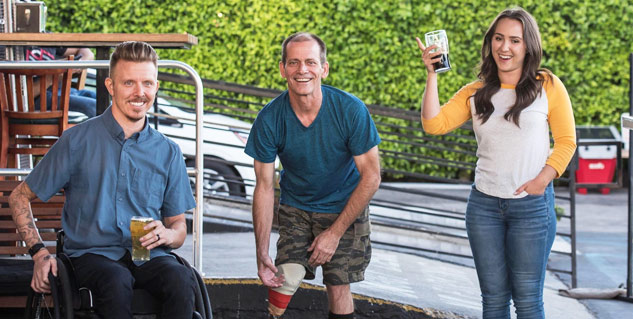 Even though symptoms vary according to the type of paralysis and functions affected. There are some signs that can help you reveal that you might be facing the initial stages of paralysis and therefore you need to get diagnosis done as soon as possible.

How Does Paralysis Occur?

Most of the people assume that it occurs because of brain disorders, which can be a cause but not the only problem. The motor neurons present in the nervous system regulate the muscle movement. The sensory neurons are responsible to send information about pain and temperature. Paralysis occurs if any of these nerve signals are not able to send signal to the spinal cord, nerves of brain. It usually happens because of damage to the nerves, or any tissue in the central nervous system.

Also Read- Not Able To Control Urine? Here Are Tips For Elderly To Deal With Incontinence

There are several types of paralysis, but they are categorized on the basis of three factors. These factors include duration, severity and location. Let us understand the factors determining the type of paralysis occurred.

This factor is to understand the degree of muscle function which has been lost. According to the severity of the muscle function lost, it can be determined under the type of paralysis. In condition of partial paralysis, there is a significant weakness in your muscles. You may also experience impaired movement. It is usually hard to retain small degree of control over the affected muscles and thus can be problematic if more muscles are affected.

This factor refers to the longevity of paralysis that lasts for the particular period of time. In condition of partial paralysis, if diagnosed at the right stage, it can be controlled and recovered. Medical condition such as sleep paralysis, stoke and Bell’s palsy are temporary paralysis. It happens for a particular time and then the person regains control over those functions again.

In this it depends on the muscles affected. Duration of the paralysis determines that how severe or problematic the paralysis condition is. The genes present in the body that are responsible to carry instructions are affected in temporary paralysis. When the sodium and calcium ions retain their functions, the person goes back to have regular movement. The flow of ions determines the contractions and movement.

Disruption in the flow of ions could lead to periodic episodes of muscles weakness. It can also be because of severe problems such as head and neck injuries. Neuromuscular disorder lead to permanent paralysis.

Location of paralysis is also a big factor in describing the type of paralysis. If it has occurred in parts such as face, hands of feet, then it is said to be localized paralysis. This can be controlled with the help of therapies and some medical exercises. However if the neuron problems has occurred in multiple locations, then it could be more severe types of paralysis.

Monoplegia- paralysis in one arm or leg, or any one particular part of the body

Hemiplegia- this paralysis happens on one leg and one arm of the same side of the body.

Paraplegia- it is the condition of lower body paralysis in which both legs are paralyzed. It could also affect your hips and organs in the lower abdomen which could lead to several complications.

Quadriplegia- This paralysis occurs in both arms and legs, it could also affect your trunk muscles and therefore internal organs in the body can also be affected. It is one of the most severe types of paralysis that happens. 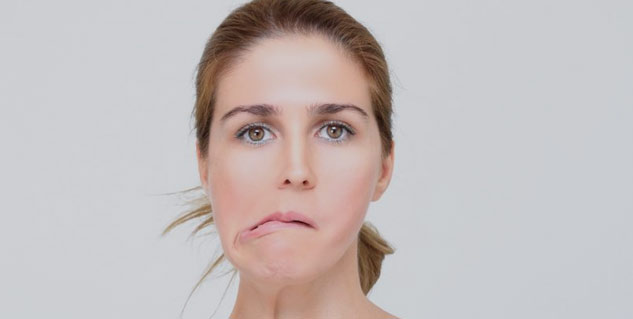 According to doctor, there are few conditions that are more likely to cause condition of paralysis. One general condition is that of muscle weakness and loss of signals. But other condition that could lead a person to more serious types of paralysis conditions are-

Weakness in muscles and paralysis results in damage of nervous system and thus can cause permanent damage to your health. The above mentioned problems are already very tense and cause other functions to work less. In case of a healthy nervous system, the signals are sent back and forth rapidly that lets you complete your movement without any disruption.

Also Read- Anxiety Attack Symptoms: When To Seek Help From An Expert

Signals travel through brain to your body through peripheral nervous system, hence any disorder in that system could also lead to paralysis. PNS is responsible to control these functions-

Previous Posts 5 Easy & Delicious Chocolate Recipes You Can Make At Home
Next Posts Not Able To Control Urine? Here Are Tips For Elderly To Deal With Incontinence