Replace Maida With Ragi Flour, Know Other Healthier Alternatives From A Dietician

The new year is here and with it comes the mood to binge on delicious treats such as rose cookies, cakes, breads, pies, etc. Everyone will want to indulge into tasty foods keeping in mind our nutritional intake. Maida consumption is growing in our everyday lives on a speed. Maida is taken in various forms, such as breads and other dishes, including parathas, samosas, pizza, burgers, bakery products, etc and any holiday season promotes preparing even more delicious delicacies and sweets. Onlymyhealth editorial team spoke to Soumita Biswas, Chief Nutritionist, Aster RV Hospital, about the healthier alternatives of maida.

Most of the sweet delicacies are made using maida as a base or dominant ingredient. It is also called refined flour, and is a finer kind of wheat flour made using a part of wheat grain. Wheat is milled to eliminate the germ and bran, keeping just the endosperm, which then produces white flour. It is grounded and bleached properly, giving maida its pure white colour. Keep reading to know about the healthier substitutes of maida by a dietician.

Maida can lead to digestion issues, diabetes, heart problems, weakens  bone density, causes chronic inflation, obesity, and many other health problems in the body. Here are some examples of healthier alternatives to maida that you can use while making your yummy treats: 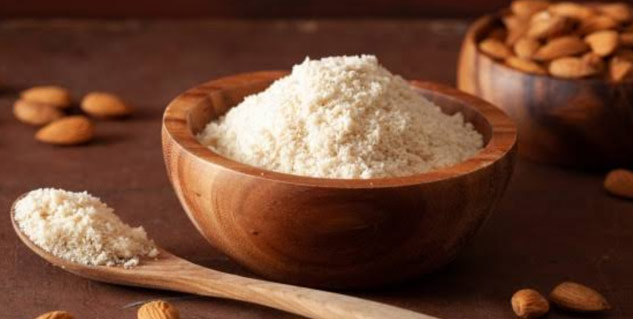 Almond flour is an extremely low-carb flour which is good for baking as a substitute for refined flour. Because of the rich nutty flavour, it is mostly used in keto sweets and is one of the most famous flours. It has a strong nutritional profile which also makes it a favourite among keto diet followers. As almond flour is rich in fat, you can choose to use less butter or other fat ingredients in your recipe.

Coconut flour has low carb value and is gluten-free. It is a vegan, inexpensive flour type and simple to prepare at home. Coconut flour is high in protein, thus it can be used to bake cookies, bread, cake, and pancakes. As it is gluten-free, you will require to add eggs or more baking powder to give a dominant ingredient for structure.

Also read: Which Flour Is Best For Your Health? Make Your Choice Based On This Nutritional Assessment

Buckwheat flour is rich in antioxidants and a good source of fibre. It is easily accessible in online stores and local grocery shops, and also known as gluten-free flour or Kuttu atta. It can be used to prepare anything, from pancakes and cakes to pizza bases and breads.

Tapioca flour is a starch based flour from the cassava root. This flour is usually used in gluten-free baking along with being an amazing thickening ingredient. It can be used to make crisp pizza and gluten-free doughnuts. Quinoa is one of the best protein rich plant foods. Quinoa flour is gluten-free, has a low glycaemic index, and is rich in antioxidants, but it is one of the expensive options. It can be easily found in high-end grocery shops or in stores online. It has an incredible flavour and good texture, making it an amazing baking item.

Ragi can also be called Nachani or finger millets. It has good amounts of iron, protein, calcium, antioxidants, and dietary fibre and is also gluten-free and can be digested easily. And, people have started using it for much more than just rotis, idlis, and dosas. It can also be used for making cookies, biscuits, cakes and sourdough. It has high glycemic index and can be used because of the high fiber content.

Banana flour is also a gluten-free flour that is becoming famous day by day. It has a powdery texture and is mostly used as a thickener. In conclusion, it goes well with milkshakes and smoothies. Banana flour provides a light banana flavour and is beneficial for baking banana bread, muffins and cupcakes.

Soy flour is rich in many essential vitamins, protein, calcium, manganese, iron, folate, and zinc. Most of the foods which can be prepared using alternatives of maida, which includes  dosa, paratha, cake, muthia, dal dhokli, and pancakes.

Foods prepared in maida are widely available and consumed by most people. Such dishes are not only unhealthy for the body, but can so cause several health ailments. Thereby, it is important to understand the negative impact on health and restrict its intake and shift to better and healthier alternatives.