Flipping through the pages of fashion magazines earlier exposed us to the myriad images of near-perfect fashion models and celebrities. Now, those airbrushed images have gone digital. Social media, which provided us a medium to connect with others, also comes with tools to enhance one’s appearance. Mediums such as Instagram and Snapchat come with filters that allow people to alter their image to an extreme extent. From getting the skin complexion of your choice to plump lips; from getting a thin waist to putting on makeup — all these things are now just a click away. But think about what effect all this exposure might be having on our self-body image.

This can have a negative impact on your mental health. In fact, a review of about 20 studies suggests that social media has a negative impact on body image. One such mental health disorder, which specifically deals with negative body image issues is body dysmorphia or body dysmorphic disorder. The UK’s National Health Service (NHS) defines BDS as a “mental health condition where a person spends a lot of time worrying about flaws in their appearance.” Such flaws might be non-existent or unnoticeable to others. To learn more about this disorder, Onlymyhealth spoke to Dr. Jyoti Kapoor, Sr. Consultant- Psychiatry, Paras Hospitals, Gurugram. 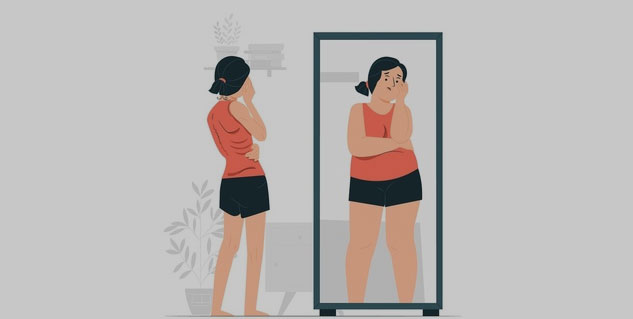 Dr Kapoor defines BDD as a “mental health condition characterised by obsessive concerns about a minor or perceived flaw in one’s physical appearance.” On being asked if this condition is rare, the doctor said although large-scale studies haven’t been undertaken, data indicates that BDD is fairly common. Most of the cases remain undiagnosed as patients often approach cosmetic surgery and dermatology departments more often than psychiatric clinics.

As the name itself suggests, the primary sign is that a person gets obsessively focused on a physical feature that the individual perceives as flawed and obsessively focuses on analysing and correcting it. Here are some of the signs:

What Are The Possible Reasons Behind BDD?

Like all mental disorders, BDD also has multifactorial causation. High-risk factors include:

On whether women are at a higher risk of developing BDD, Dr Kapoor said that studies show an equal gender ratio with similar clinical features. However, women might be more vulnerable due to socio-cultural factors. “There is definite genetic susceptibility as family history of obsessive traits is often present,” she said. The socio-cultural factors play a major role in determining the perception of beauty and attraction. People with low self-confidence and a high need for social desirability, seek approval from people surrounding them and hence preoccupy themselves with their physical image. “Social media presents a rosy picture with myriad photoshop options but people with a fragile sense of self-esteem and perfectionist or obsessive tendencies try to emulate them in real life,” the psychiatrist said.

Also read: Do Likes And Comments On Social Media Affect Our Mental Health?

The answer is a big “no”. This is because the flaw is in the mind and not in the body itself, so fixing it doesn’t solve the problem for most patients. Such people almost always find the results of cosmetic procedures dissatisfactory and approach several doctors. Many litigation suits have been filed when a clinician has failed to diagnose an underlying BDD and performed a procedure on such clients, the doctor said.

To What Extent Can A Person Go To Fix The Perceived Flaw?

Sometimes, BDD patients are so obsessed with the body that they seek out expensive and unnecessary procedures to fix their problems. Many a time, multiple surgeries are requested for the same. Many even threaten the cosmetic surgeon with legal action to carry out the procedure.

BDD’s Impact On A Person’s Life 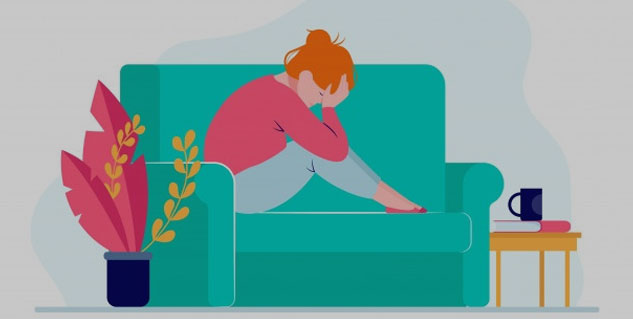 This condition has a very negative impact on a person’s quality of life. The patient is often unable to focus on any pleasurable or routine activity. Relationships and productivity are impacted. They get anxious and depressed by obsessively thinking about how those around them perceive their so-called imperfections. It can even lead to substance abuse and suicidal ideation.

Here is what BDD can lead to:

Many a time, patients are unable to acknowledge that they have a problem. Sometimes, they do acknowledge but are so caught up in the obsessive thoughts that they are unable to help themselves. Hence, a proper diagnosis and treatment must be carried out to ensure a full recovery.

Also, since BDD generally sets in during adolescence years, hence timely identification and diagnosis are important. Since people with BDD are often unable to cope with the condition, hence they should seek out medical help.