2 wounded after shots fired at Covid protest in Netherlands 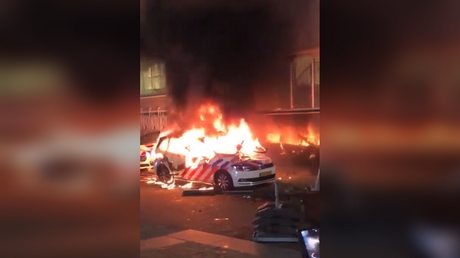 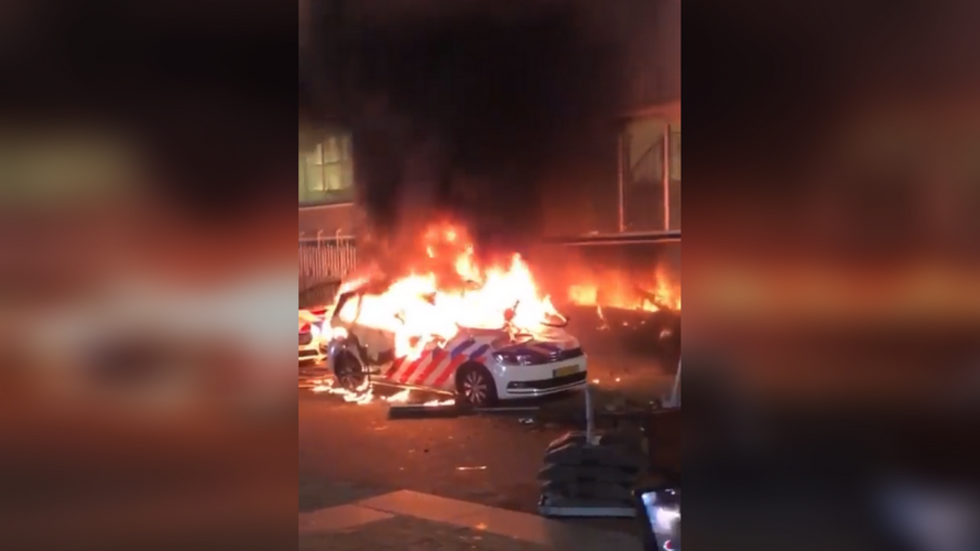 At least two people were wounded by police gunfire in the Dutch city of Rotterdam after a protest over renewed Covid-19 restrictions spiraled into a violent riot, seeing demonstrators torch a squad car and clash with officers.

A large crowd of protesters showed up at Rotterdam’s iconic Coolsingel street on Friday evening to denounce a new round of pandemic measures, including an ongoing partial lockdown, a ban on New Year’s Eve fireworks displays, as well as fears the government will impose a ‘2G’ pass system allowing only the vaccinated and those who’ve recently recovered from the virus to enter a long list of public places.

At least two people were wounded during the demonstration, a local police spokesperson told Reuters, adding the injuries were “probably” due to officers’ “warning shots” but also noting that “direct shots were fired because the situation was life-threatening” to law enforcement.

Footage of the heated protest circulated online, some clips showing a police squad car fully engulfed in flames after it was apparently torched by rioters.

Demonstrators were also seen launching fireworks at police, who appeared to respond with large quantities of tear gas, which at one point blanketed the area.

Local law enforcement said that officers deployed a mobile riot control unit to Coolsingel and unleashed water cannons on protesters who refused to clear the streets, also noting that some arrests were made after an emergency order was imposed to cordon off the area.

The Dutch government announced the fireworks ban earlier on Friday, saying it is meant to “prevent, as much as possible, extra strain on health care, law enforcement and first responders.” However, while private displays are prohibited, officials said that local governments may still put on fireworks shows so long as their Covid-19 restrictions allow it.

The Netherlands currently has a ‘3G’ rule in place, allowing the vaccinated, the recently recovered, as well as those who test negative for the virus to enter most public spaces. But as the country remains under a partial three-week lockdown to rein in growing infections, officials are now mulling the stricter ‘2G’ scheme, prompting the intense demonstrations seen on Friday night.