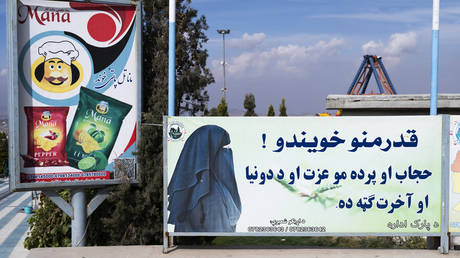 Taliban supreme leader Mullah Hibatullah Akhundzada has ordered Afghan judges to fully implement sharia law and its punishments, which include mutilations, flogging and executions of different sorts. The announcement was made on Sunday by the Taliban’s chief spokesman Zabihullah Mujahid.

“Carefully examine the files of thieves, kidnappers and seditionists. In those files in which all the Sharia conditions of Hudud and Qisas have been fulfilled, you are obliged to implement. This is the ruling of Sharia, and my command, which is obligatory,” Mujahid quoted the elusive supreme leader, whose voice hasn’t been recorded since the Taliban takeover last August, as having said.

In Islamic law, the so-called Hudud crimes require both very conclusive evidence for the accused to be convicted, while carrying heavy, traumatic punishments such as amputation of hands or feet, as well as flogging and execution. This group of crimes includes such offenses as theft, highway robbery, apostasy, adultery and falsely accusing someone of it, slander, drinking alcohol, and rebellion.

Qisas is effectively an Islamic variant of retributive, “eye for an eye” justice. The concept covers such crimes as deliberate injury or murder, while, at the same time allowing victims or their families to accept material compensation instead of punishment.

The Taliban has been gradually tightening its grip on power, while bringing life in Afghanistan into line with the strict Islamic norms the group follows. In April, the Taliban government lived up to its promises and banned the cultivation of poppy, the source of sap that is refined into morphine and heroin. Afghanistan is estimated to have accounted for 90% of the global opium trade in 2021, with poppy cultivation being its major source of income.

“If anyone violates the decree, the crop will be destroyed immediately and the violator will be treated according to Sharia law,” the group warned at the time.