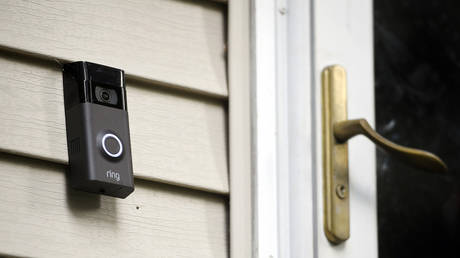 Amazon has acknowledged that it provides footage from its Ring doorbell cameras to law enforcement without owners’ permission, saying it has done so nearly a dozen times this year, but only in the event of ‘emergencies.’

In a letter addressed to Democratic Senator Ed Markey (Massachusetts) and published by the lawmaker on Wednesday, Amazon said it had provided videos to police 11 times so far in 2021, in each case following “a good-faith determination that there was an imminent danger of death or serious physical injury to a person requiring disclosure of information without delay.”

Though the company has maintained a policy allowing for such sharing without owners’ consent, the letter is the first time Amazon has admitted to doing so.

The senator was highly critical of the retail giant in light of the disclosure, raising concerns about “law enforcement reliance on private surveillance,” which he said would create “a crisis of accountability.”

“I am particularly concerned that biometric surveillance could become central to the growing web of surveillance systems that Amazon and other powerful tech companies are responsible for,” he added, vowing to “continue to exercise oversight of these harmful corporate practices.”

Amazon also reported a five-fold increase in the number of police partnerships with the Ring service since 2019, with 2,161 law enforcement agencies now participating in a footage-sharing program. Though Markey said the firm had committed to recruiting health departments and other institutions to address issues such as homelessness, addiction and mental health, Amazon said it still had yet to expand beyond police and fire departments.

The company has come under fire in the past for its close ties to police departments, as well as its proprietary facial recognition tech, which was slammed by the ACLU as “primed for abuse in the hands of governments.” The controversy prompted Amazon to place a moratorium on law enforcement use of its face detecting software in 2020, which it later agreed to extend until further notice.

In a statement to Politico, Amazon insisted “it’s simply untrue that Ring gives anyone unfettered access to customer data or video,” adding that footage is only shared when it could save lives or prevent “serious physical injury.”

Still, Markey and other lawmakers in both chambers of Congress have continued to sound alarms over the technology, introducing bills that would “prohibit use of biometric technology by federal agencies” and restrict funding to state and local entities unless they agree to renounce facial recognition devices.