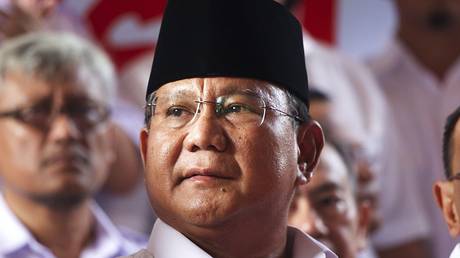 The US and Indonesian defense chiefs came away from their meeting on Monday with apparently differing understandings of how closely the two countries are militarily aligned.

Appearing at a press briefing in Jakarta after talks with his Indonesian counterpart, US Secretary of Defense Lloyd Austin spoke of deepening defense ties and increasing the “interoperability” of the two countries’ weaponry. Indonesian Defense Minister Prabowo Subianto repeatedly defended his country’s strong relations with America’s two biggest adversaries, Russia and China.

“The United States is proud to partner with you as we work together to advance our shared vision of a free and open Indo-Pacific,” Austin said. But Subianto reminded the press of Jakarta’s neutral geopolitical stance, saying, “I like to emphasize that Indonesia always takes the position of trying to maintain the best relationships with all nations, especially all the major powers.”

The talks came amid rising tensions between the US and China, which have clashed increasingly over Washington’s alleged meddling in Beijing’s relationship with Taiwan. China cut off defense and climate ties with the US in August, after House Speaker Nancy Pelosi defied warnings against visiting Taiwan, a self-governing island over which Beijing claims sovereignty.

Indonesia participated in joint military drills with the US in August and agreed last week to resume joint military exercises and training with China. Jakarta also buys Chinese and Russian weaponry.

The talks came on the same day that US Vice President Kamala Harris traveled to the Palawan island chain in the Philippines to demonstrate Washington’s support for Southeast Asian allies in their territorial disputes with China. “We are meeting as the world is grappling with assaults on the rules-based international order, especially Russia’s unprovoked invasion against Ukraine,” Austin said.

Subianto said Indonesia sees China as a friendly nation and expects to resolve overlapping territorial claims through negotiation. “However, we do emphasize that Indonesia will defend its sovereignty and we will defend our independence.”