Austria speaks out against Schengen expansion 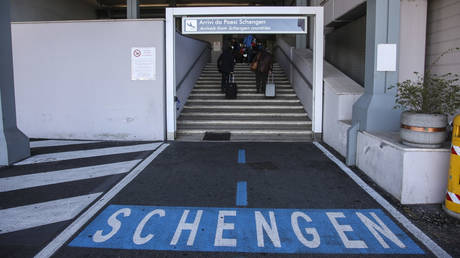 Austria would not back an expansion of the Schengen zone at this point, the country’s Interior Minister Gerhard Karner has stated, citing lax controls at the area’s external borders. His comment came shortly after EU Commissioner for Home Affairs Ylva Johansson suggested it was time for Bulgaria, Croatia and Romania to become parties to the agreement.

Speaking to Austria’s Kurier newspaper on Friday, Karner said: “To vote on an expansion would be ill-timed now, when the system of external borders doesn’t function.” The minister cited the ongoing flow of migrants by way of the Balkans. He noted that more than 90,000 illegal migrants had been apprehended in Austria since the start of this year alone.

Karner warned that “expanding a broken system cannot work.” He reiterated that the “protection of external [Schengen] borders has failed.”

The report suggested that a potential expansion of the borderless area would prove to be a contentious topic at next week’s special meeting of EU interior ministers.

The Austrian official’s comment came shortly after Johansson argued on Wednesday that it was “high time to welcome” Bulgaria, Croatia, and Romania into the Schengen zone, calling on all EU member states to back their accession.

The vote is expected to take place on December 8, with the unanimous support of all 27 nations needed to pass the decision.

Established back in 1995, the Schengen area currently comprises all EU member states except the three above-mentioned countries and Ireland and Cyprus. Four more nations outside of the bloc are also part of the zone: Iceland, Liechtenstein, Norway, and Switzerland.

Under the Schengen agreement, controls at the borders between signatories were abolished.

However, some nations, including Austria, opted to reinstate them amid the migrant crisis of 2015 to prevent asylum seekers from entering their territories en masse.