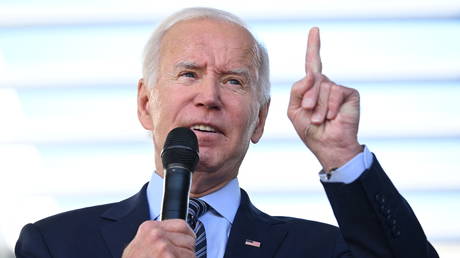 By acquiring Twitter last month, Elon Musk took charge of a social media platform that “spews lies all across the world,” US President Joe Biden said on Friday.

The comment came shortly after reports emerged that Musk had fired thousands of Twitter employees globally as part of a cost-cutting strategy. Sources told Politico that those laid off included members of teams working on the upcoming midterm elections in the US, content moderation, and verification of politicians’ accounts.

“Elon Musk goes out and buys an outfit that spews lies all across the world,” Biden said during a Democratic fundraiser in Rosemont, Illinois, referring to the purchase of Twitter by the world’s richest man.

“There’s no editors anymore in America,” he said, as quoted by CNN.

Earlier, White House Press Secretary Karine Jean-Pierre claimed that Biden had been “outspoken about the importance of social media platforms continuing to take steps to reduce hate speech and misinformation.” That included Twitter, Facebook and any other other platform “where users can spread misinformation,” she added.

Musk’s $44 billion deal to acquire Twitter was followed by claims from left-wing politicians and activists that there had been a spike in hate speech and racism on the platform.

The owner of Tesla and SpaceX rebuffed those accusations, saying that “nothing has changed with content moderation” since he took charge just over a week ago.

On Friday, Musk revealed that Twitter was losing $4 million per day because “activist groups” had been “trying to destroy free speech in America” by pressuring advertisers to boycott his platform.

The tech entrepreneur said earlier that his goal was to turn Twitter into “a common digital town square, where a wide range of beliefs can be debated in a healthy manner, without resorting to violence.”