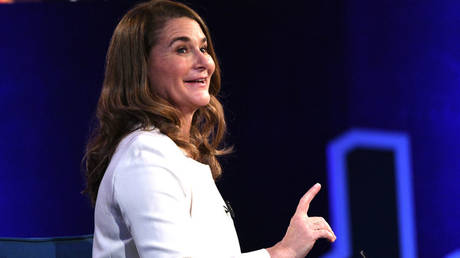 Too many white males have powerful jobs in the US, Melinda French Gates has argued

Philanthropist Melinda French Gates, ex-wife of Microsoft co-founder Bill Gates, has blamed white men for what she sees as Washington’s political shortcomings, including the government’s failure to provide an adequate social safety net for Americans.

“You have to be frank: There are too many men with seats of power still on Capitol Hill in the United States,” French Gates said in an interview published this week by Fortune magazine. Electing more women and non-white politicians would help fix the problem, she added. “We are the only industrialized country that doesn’t have a robust paid family medical leave policy, and that just shouldn’t be.”

French Gates made her comments despite strong recent gains in the numbers of women and non-white people serving in Congress. Women now hold 28% of US House and Senate seats, and the current Congress is the most racially diverse in America’s history, according to figures compiled by Congressional Research Service. More than 27% of seats are held by non-whites.

“A lot of times, we think we’re going to get there on gender equality, that we might move the needle a little bit,” French Gates told Fortune. “We kick up a percentage point or two, and we think, ‘Okay, we’re on our way to empowerment.’”

However, a report published this week by the Bill & Melinda Gates Foundation predicted that the world won’t achieve gender equality until at least 2108, “three generations later than we’d hoped.” French Gates said one “great problem” is that female politicians don’t attract as much campaign funding as their male counterparts.

French Gates married her husband, then the world’s richest man, in 1994, seven years after landing a job at Microsoft. The couple announced their divorce last year amid allegations of infidelity by Bill Gates and conflicts over his relationship with convicted pedophile Jeffrey Epstein.

French Gates emerged from the divorce as a billionaire philanthropist and political activist in her own right, reportedly lobbying President Joe Biden’s administration on such domestic policy issues as infrastructure investments and paid family leave.