Blue states gang up on Indiana over transgender law 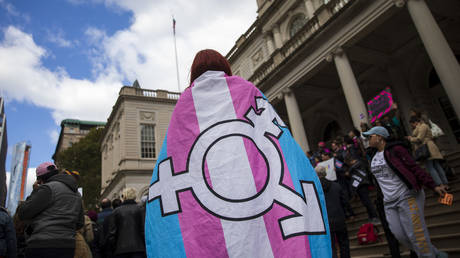 A group of Democratic-run US states have called on a federal appeals court to uphold a decision by a lower court that allowed a 10-year-old transgender girl in Indiana to play on her school’s girls’ softball team despite state legislation prohibiting this.

The call is contained in an amicus brief – a submission made by persons who are not party to a court case – which came after more than a dozen Republican-led states filed their own briefs in September in support of the ban.

Addressing the 7th US Circuit Court of Appeals on Thursday, the 16 states and the District of Columbia argued that “discrimination against transgender youth – including denying them the opportunity to participate in extracurricular activities consistent with their gender identity – can have serious health and academic consequences.”

Indiana’s Republican-controlled legislature passed the law back in May, with proponents arguing that it is unfair to allow transgender girls to play on girls’ teams as the former have a biological advantage.

However, the mother of a 10-year-old transgender girl attending a public school in Indianapolis filed a lawsuit against the school district, demanding that the ban not be enforced against her child.

According to Reuters, citing the lawsuit, the student in question has identified as a girl since she was four. She also previously played on the girls’ team and is currently receiving puberty-blocking treatment.

The state of Indiana tried to defend the ban, but in July a US district judge sided with the transgender girl’s mother, saying the law likely violated Title IX – the federal legislation against sex discrimination in sports.

The state’s lawmakers, however, did not give up and lodged an appeal, insisting that Title IX applies only to biological sex and not gender identity.

The latest amicus brief by the Democratic states, however, argues that allowing transgender female athletes to participate in women’s sports only serves to promote “inclusive school environments” and in no way compromises “fairness or reduce[s] opportunities for cisgender students.”

Back in September, 19 Republican-led states filed their own brief in support of Indiana’s ban.

Several red states have introduced legislation this year that focuses on transgender minors, including laws banning the administration of hormone therapy and puberty blockers to such individuals.

This has led to a backlash from Democrats, with President Joe Biden describing such measures as “immoral” last month.