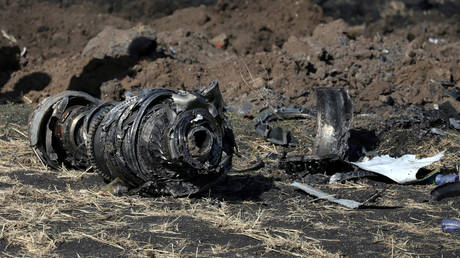 Boeing has reached a settlement with the relatives of those who died on a 2019 Ethiopia Airlines flight that crashed due to malfunctions on its 737 MAX plane, with the company acknowledging it was responsible for the loss of life.

The aerospace firm agreed to settle with lawyers representing some of the victims’ families on Wednesday, vowing to compensate them “fully and fairly” so long as they drop any claims to punitive damages over a crash that killed 157 people, Reuters reported, citing a filing in the US District Court in Chicago.

“By accepting responsibility, Boeing’s agreement with the families allows the parties to focus their efforts on determining the appropriate compensation for each family,” the company said of the settlement.

The lawyers of victims’ relatives, meanwhile, hailed the agreement as a “significant milestone for the families in their pursuit of justice,” stating that, in the settlement, Boeing acknowledged that the MAX craft operated by Ethiopia Airlines was in an “unsafe condition” and that the company “will not attempt to blame anyone else” for the lethal crash.

Though the deal itself did not stipulate any figures for the compensation payments, it allowed families to pursue individual claims within the US legal system, as opposed to their home countries.

The 2019 Ethiopia Airlines incident followed another disastrous crash involving the 737 MAX, a 2018 Lion Air flight out of Indonesia which killed 189. Both accidents are thought to have been caused by a malfunction with a flight control system on the MAX, as well as Boeing’s failure to properly train pilots to operate that system. The plane was grounded globally for some time before being cleared to fly again, and Boeing has since said that it has made major changes, both “as a company” and “to the design of the 737 MAX,” to ensure such crashes “never happen again.”

While Boeing has not reached a similar settlement deal with the families of the Lion Air victims, it was forced to shell out more $2.5 billion to settle a criminal conspiracy indictment earlier this year, agreeing to pay $243.6 million in penalties to the US government, $1.77 billion to airlines that purchased the faulty plane, and another $500 million to a fund to help the relatives of those who perished in the two accidents. More recently, a chief test pilot who worked on the MAX was also charged for allegedly defrauding regulators “in an attempt to save Boeing money.”