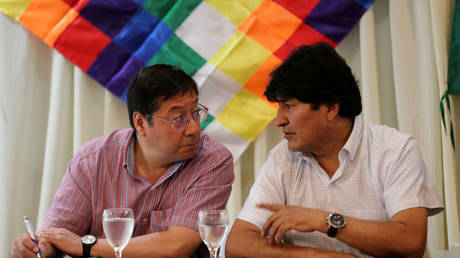 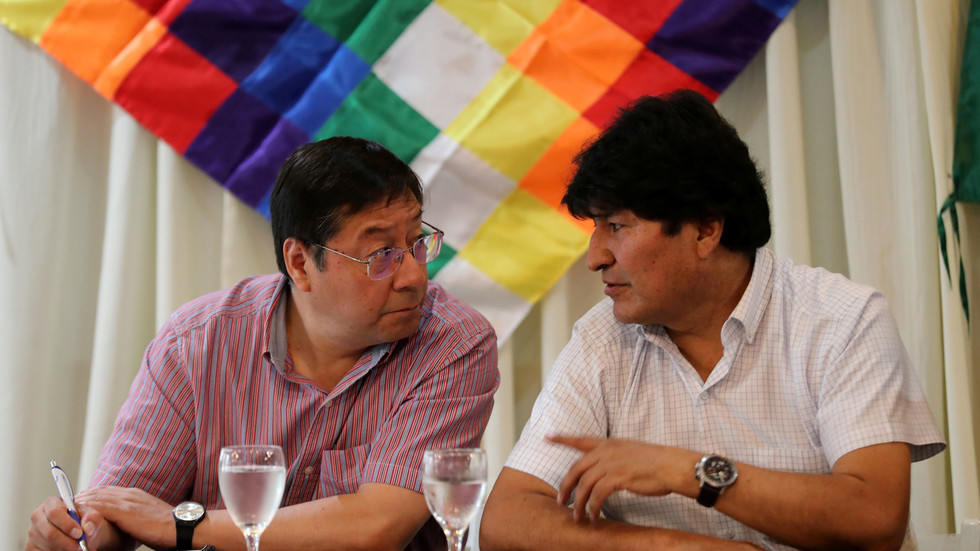 A successor and ally to ousted leader Evo Morales, Arce’s administration said it would renew “full participation as a member country” in the three groups – the Community of Latin American and Caribbean States (known by its Spanish acronym CELAC), the Union of South American Nations (UNASUR) and the Bolivarian Alliance for the Peoples of Our America (ALBA) – all of which seek political and economic cooperation between members.

“The decision taken by the transitional government to suspend Bolivia’s participation in the aforementioned integration spaces responded to purely political interests, which have little to do with the integration vocation of the Bolivian people,” the Bolivian Foreign Ministry said in a statement on Friday, referring to actions taken by interim president Jeanine Anez following Morales’ removal from power last year.

Great news for the sovereignty of Latin America (and bad news for US imperialism):Bolivia’s newly elected leftist govt is rejoining organizations for regional integration like economic alliance ALBA and political blocs CELAC and UNASUR.The US-backed coup regime had withdrawn. https://t.co/B2NYwnTVvO

Anez took the presidency amid a political crisis and allegations of fraud in the country’s 2019 election, which ultimately forced Morales’ resignation and flight from Bolivia over fears about his safety. A conservative, Anez soon broke with his socialist agenda and repudiated membership in the three left-of-center organizations.

This year’s presidential contest, however, saw Anez handily defeated, with Arce taking a win on the first round of voting, returning control of the government to Morales’ party, the Movement for Socialism (MAS).


The three regional organizations rejoined by Bolivia have been marred by divides largely related to an ongoing political and economic crisis in Venezuela, as well as desires for autonomy from Washington, prompting splits in some of the groups in recent years

Once composed of 12 states in the region, the UNASUR has since shed most of its members amid disputes over its leadership and direction. In 2017, six one-time members – Argentina, Brazil, Chile, Colombia, Paraguay and Peru – formed the US-backed Lima Group alongside several other nations, aiming to address the turmoil in Venezuela. The six states broke from the UNASUR a year later, halving its membership, and through the Lima Group have adopted a highly critical stance toward Venezuelan President Nicolas Maduro, slamming his administration as an “illegitimate socialist regime.”

With Ecuador and Uruguay withdrawing from the UNASUR over the last year, and Bolivia following suit after Anez’s rise to power, the group was left with only three members – Guyana, Suriname and Venezuela – made four on Friday with Bolivia’s return.


CELAC, meanwhile, is made up of 32 Latin American nations and is seen by some members as an alternative to the US-founded and headquartered Organization of American States (OAS), which was quick to endorse now discredited charges of fraud in Bolivia’s presidential election. While CELAC’s creation was spearheaded by Brazil’s former left-wing president Lula da Silva, the country withdrew its membership earlier this year, with the conservative Jair Bolsonaro administration saying it failed to act “in defense of democracy” in Venezuela and elsewhere.

Founded by Venezuela and Cuba in 2004 and since growing to ten members, ALBA aims to eliminate trade barriers and foster economic unity between Latin American nations, serving a similar function as a proposed free trade zone across North and South America put forward by Washington in 2003. The abortive deal, known as the Free Trade Area of the Americas, was shredded by Morales as “an agreement to legalize the colonization of the Americas,” with Bolivia instead joining ALBA in 2006.

Also on rt.com The coup didn’t take: Socialists’ victory in Bolivia shows more unity than foreign meddlers would like


Arce’s electoral win in October has been widely seen as a rebuke to the US-friendly Anez government, paving the way for Morales’ return to the country and a resumption of the MAS’ leftist policy platform. Though Washington all but cheered Morales’ 2019 ouster, the US State Department issued a lukewarm statement congratulating Arce for his victory last month.