Britain to get more immigrants – government 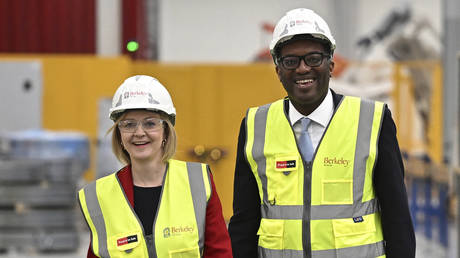 Despite immigration being at the forefront of the Brexit debate, the UK’s Conservative government wants more foreign workers

The British government has revealed its economic growth plan, which aims to drag the UK out of recession with tax cuts and increased immigration. While Prime Minister Liz Truss has promised to crack down on illegal entry to the UK, her government wants to recruit more skilled, unskilled, and seasonal workers from abroad.

Unveiled by Truss and Chancellor Kwasi Kwarteng on Friday, the government’s growth plan includes the steepest tax cuts in 50 years – with the richest earners looking at a reduction of the top rate of income tax from 45% to 40%, and lower-paid employees expecting a reduction of the basic rate from 20% to 19%. Combined with handouts for Britons facing spiraling energy bills, the package is expected to cost the UK £161 billion ($174 billion) over the next five years.

Kwarteng hopes to offset this cost by flooding the UK with foreign labor. Claiming that immigration “plays an important role in economic growth, productivity, and innovation,” the chancellor’s plan states that “the government will set out a plan in the coming weeks to ensure the immigration system supports growth whilst maintaining control.”

The document states that “significant inflows from migration” could help bolster Britain’s economy.

While the plan highlights skilled immigrants as key to economic growth, The Times reported that Home Secretary Suella Braverman will expand a scheme allowing farmers and producers to hire unskilled workers from overseas for longer than the current limit of six months, while Truss will likely lift the current 40,000 annual cap on seasonal workers.

These decisions will likely leave many of the Conservative Party’s voter base upset. Truss backed Brexit after the referendum successfully passed in 2016, in large part due to Conservative voters’ resentment over high levels of immigration during the preceding decades.

While Truss has promised to crack down on the record numbers of illegal immigrants entering the UK by sea, she was accused by rival Rishi Sunak’s team of betraying Brexit voters and showing her “true remainer colors” by backing increased immigration during the party’s leadership contest last month.