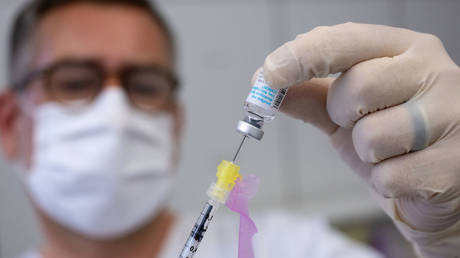 Developed nations have been hoarding Monkeypox vaccines, showing little regard for other countries’ needs, Trinidad and Tobago’s health minister has claimed, comparing the situation to what happened at the height of the Covid 19 pandemic.

At a virtual press conference on Wednesday, Terrence Deyalsingh said “something rather unfortunate is happening on the vaccine front” with the Monkeypox virus, where “bigger, wealthier countries are stockpiling vaccines for their populations, leaving smaller countries like Trinidad and Tobago at a disadvantage.”

The minister expressed disappointment that the international community has failed to learn from the Covid 19 pandemic, with developed nations reverting to the same “regrettable” hoarding behavior.

Deyalsingh argued that vaccines against Monkeypox should be “made available on a more equitable level to all countries,” taking into account population size and individual risk profiles.

So far, no cases of Monkeypox have been detected in Trinidad and Tobago, though the presence of the virus has been confirmed in nearby Jamaica and The Bahamas.

According to estimates provided by the Center for Infectious Disease Research and Policy at the University of Minnesota, as of Wednesday, 10,857 cases of Monkeypox had been confirmed globally, a little over two months since it started spreading outside of its endemic region in West Africa.

The disease is believed to have claimed at least three lives so far this year, with Western Europe, North America and Brazil among the most affected regions.

The Monkeypox virus causes a disease similar to smallpox, though less severe. It can be transmitted through contact with bodily fluids, lesions on the skin, or in the mouth or throat, as well as respiratory droplets and contaminated objects. The disease is believed to be particularly prevalent among homosexual men.

At the height of the Covid pandemic in 2020 and 2021, the World Health Organization (WHO), and groups including the African Union, repeatedly criticized rich nations for hoarding much-needed Covid vaccines to the detriment of poorer countries.

Previous Posts Rockets fired from Gaza soon after Biden visit (VIDEOS)
Next Posts Alexander Davydov: Now that Berlin’s quit decades of courting both Moscow and Washington, how will things work out?