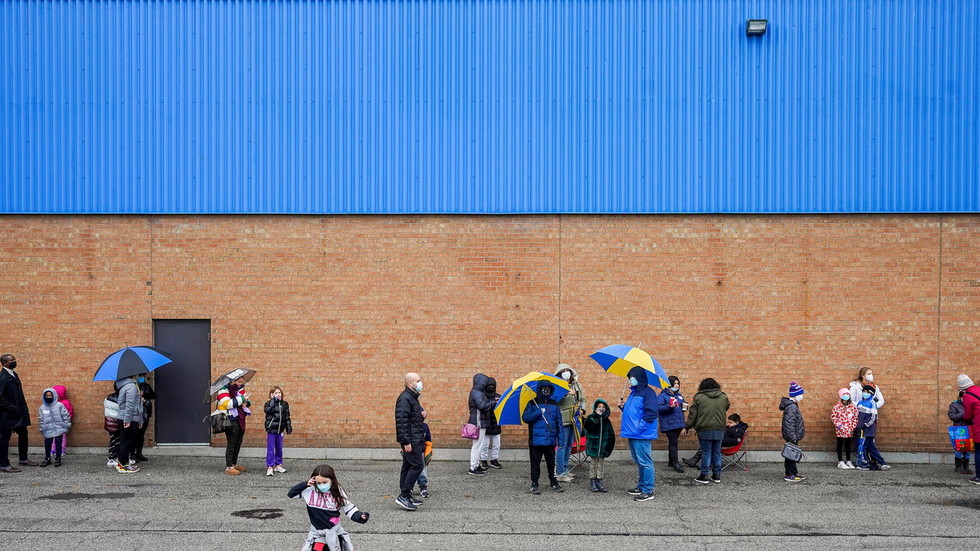 Canadian vaccine advocates have sparked online controversy, and have reportedly faced threats, after offering to give teens, whose parents are against vaccination, a ride to a vaccination site.

The row began on Friday, after a Saskatchewan community organizer named Julian Wotherspoon posted a Twitter message offering to assist any 13- to 17-year-olds who want to get vaccinated despite opposition from their parents. “I’m your ride to the clinic,” she said. “If anyone asks, I’m taking you and my kids to a movie. Let’s do this.”

According to the Saskatchewan Health Authority, children aged 13 and older “who are able to understand the benefits and possible reactions” of a vaccine, do not need a parent’s permission to get jabbed. Teens can equally refuse immunization by giving “mature minor” consent to their health provider.

The authorities, however, recommend families to discuss the issue together with their kids before they make the decision.

Wotherspoon’s tweet caused a stir online, drawing both praise and outrage. She has since made her account private.

Another proponent of children’s vaccination, self-described “mommy blogger” Tenille Lafontaine, also of Saskatchewan, called Wotherspoon’s offer “amazing.” She added, “I’ve heard of a few teens getting the vaccine on their own because their parents are insane in the membrane. The kids are gonna be alright. Side note: I’m available to drive anytime.”

Other commenters pushed back, telling the two women to “stay away from other people’s children.” Some went as far as to liken the secret transport offer to kidnapping.

Wotherspoon’s post was apparently triggered by a news report on Wednesday that Saskatchewan’s government is requiring that parents or guardians accompany children 12 and younger for their Covid-19 vaccination. “We don’t want to ever give the perception we’re giving Covid-19 vaccine behind parents’ backs,” Health Minister Paul Merriman told CBC News.

Lafontaine said that following her offer to help children defy the wishes of their parents, she received multiple threats of violence from “conservatives.” One of the messages she cited was a tweet saying, “Good way to get yourself shot.”

This is the…fourth (?) account today threatening to shoot me or help. Conservatives are a fun bunch. I’ll say it again. You won’t shut me up. You don’t scare me from behind your computer. You are hateful, vile cowards. @CliveBeekspic.twitter.com/nYqeuUA7sF

Previous Posts First EU country to lock down unvaccinated hit by mass protests (VIDEOS)
Next Posts Don't Throw Away Those Tea Bags: Use Them For Skin & Hair Care Benefits