China comments on its nuclear arsenal 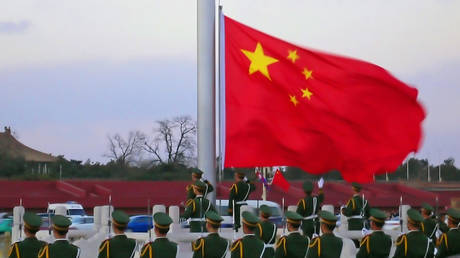 Beijing has achieved “significant progress” in developing new arms but will never use them first, the defense minister says

During an appearance at the Shangri-La Dialogue, Asia’s top security conference, the minister was asked to comment on the current level of nuclear weapon development. Wei said that in the past 50 years, Beijing has achieved “significant progress,” but is not taking part in the arms race.

“I wonder if you have seen China’s 70th Anniversary National Day military parade, and the new weapons and equipment available to the Chinese military… But we don’t engage in an arms race,” the defense minister said.

He also stated that China will continue to observe its “self-defense nuclear policy,” which means the weapons are being developed “to safeguard national peace” and “avoid the catastrophe of nuclear war.”

Wei also said China is pursuing a path of peaceful development and is not seeking world hegemony.

On Saturday, US Secretary of Defense Lloyd Austin said that amid “growing coercion” from China and its “provocative and destabilizing military activity near Taiwan,” maintaining peace is not just in Washington’s interests, but also “a matter of international concern.” He also stressed that the US is not seeking confrontation with China.

Last year, the US Department of Defense warned that “the number of threats posed by China will exceed the number of threats that Russia currently presents.” The statement came amid reports that China was building “at least 250 long range missile silos” in three locations.

“The explosive growth and modernization of its nuclear and conventional forces can only be what I describe as breathtaking, and frankly, the word ‘breathtaking’ may not be enough,” the commander of US Strategic Command, Admiral Charles Richard, said at the time.

The Chinese government has insisted its nuclear arsenal will be kept to a “minimum level” and is for purely defensive purposes.

In 2020, Beijing declined to join talks on the expansion of the US-Russia New START arms control treaty, arguing that its nuclear arsenal is very small compared to that of the US and Russia. The number of nuclear warheads in China, however, is a state secret.