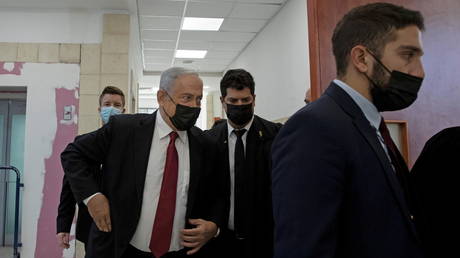 Benjamin Netanyahu was more than a “control freak” when it came to media coverage of himself, his one-time confidante and adviser told an Israeli court on Monday during the former prime minister’s ongoing corruption trial.

His control over media matters was “absolute and total, with no exceptions,” according to Nir Hefetz, a key prosecution witness who testified that Netanyahu – who also headed the communications ministry from 2014 to 2017 – devoted as much time to how the media portrayed him as he did to security concerns.

“Netanyahu is much more than a control freak. When it came to matters of the media, he wants to know everything – right down to the remote details,” Hefetz told the Jerusalem District Court in his opening testimony for the trial dubbed ‘Case 4000’. The case alleges that Netanyahu promoted policies that benefited the owner of Israeli telecom giant Bezeq in return for positive coverage on its news website.

Hefetz also testified that former Communications Minister Gilad Erdan was removed from the ministry in 2014 after Netanyahu consulted with his wife and son. The family apparently reached a “clear…decision that only Netanyahu would be communications minister,” he said, adding that the move was not “open to negotiations or indecision.”

According to the Times of Israel newspaper, Hefetz became a prosecution witness after being arrested and questioned over a two-week period. He is believed to have provided prosecutors with key evidence from his time as an interlocutor between Netanyahu and Bezeq owner Shaul Elovitch, who had sought approval for a pending multi-million dollar merger.

Hefetz said his meetings with Elovitch were focused on who the next communications minister would be and testified that Netanyahu was “100%” aware of the media mogul’s concerns. Elovitch apparently provided a list of potential candidates for the vacant ministry post, with Netanyahu as his preferred choice.

Meanwhile, the defense team is reportedly going to play excerpts of videotapes from Hefetz’s police interrogation, alleging that he was illegally pressured into turning state witness and arguing that his testimony should be nullified.

Previous Posts Want To Stop Eating Mindlessly? 5 Tips For You
Next Posts Germany promotes Moderna shot as the ‘Rolls-Royce’ of Covid vaccines