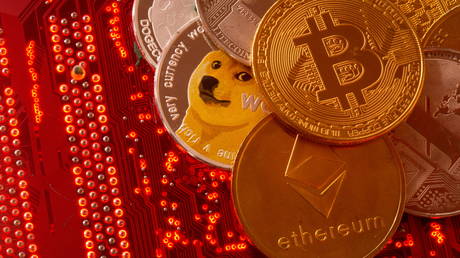 Cryptocurrency trading has been deemed ‘haram’ – or forbidden – by one of Indonesia’s top religious authorities, urging some 230 million Muslims in the world’s largest Islamic country to drop coins that run afoul of Sharia law.

The Indonesian Ulema Council, known locally as the MUI, issued the anti-crypto fatwa on Thursday, with Asrorun Niam Sholeh, the organization’s head of religious decrees, stating they exhibit “elements of uncertainty, wagering and harm,” likening them to gambling, Reuters and Bloomberg reported.

Though the MUI’s decrees are not legally binding, its latest ruling could be influential with Indonesia’s more than 230 million Muslims, in a country where crypto trading has exploded over the past year. The number of Indonesians involved in the market reportedly jumped from four million to 6.5 million between 2020 and 2021 alone, while the Trade Ministry said the value of the crypto exchange had reached a total of 370 trillion rupiah ($25.96 billion) as of May.

While the Indonesian government has already banned the use of crypto as a currency – with the rupiah the country’s sole legal tender – it allows investment and trading in the digital tokens in futures and commodities markets, and its central bank has even considered rolling out its own crypto coin.

The MUI’s decision also barred commodities trades for the electronic assets, however the body left open some chance that particular cryptos could be in line with Islamic law, or Sharia, which requires that goods and financial instruments have “a physical form, a clear value, and a known exact amount,” among other properties, Sholeh said. He added that if crypto coins can “meet Islamic rules, have an underlying asset and carry clear benefits,” they could be permitted.