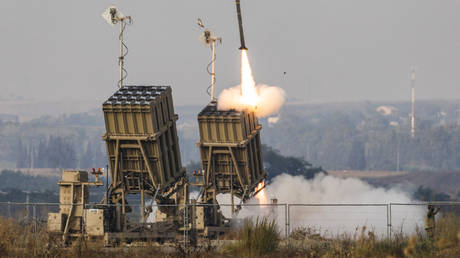 Cypriot Defense Ministry has struck a deal with Israel to purchase Iron Dome air defense systems, a local branch of the Kathimerini news media outlet reported on Friday. According to the newspaper, the sides had already finalized the deal, although neither Nicosia nor Tel Aviv have confirmed it publicly so far.

The Iron Dome capabilities were reportedly examined by the Cypriot National Guard Commander, Lieutenant General Dimokritos Zervakis, during his visit to Israel in March. “During his visit to Israel, the general will receive a briefing at the northern border and will visit an Iron Dome air-defense system battery,” the Israel Defense Force said in a statement at that time.

Earlier reports in the Israeli and Greek media suggested that the two nations had been holding talks about the deal at least since early 2021.

Cyprus currently possesses the US-made short range air defense systems (SHORAD) produced by the Northrop Grumman Corporation. According to some media reports, Nicosia still considers them “best fit” to counter the threats it considers the most pressing. Yet, the Cypriot air defense forces are also increasingly concerned about the Turkish-made drones, including those of the Bayraktar family.

According to Kathimerini, the Cypriot National Guard was insisting on acquiring the Israeli air defense systems, citing its “operational demands.” Israel’s Rafael arms manufacturer advertises the Iron Dome as a “combat-proven” system with “over 2,000 interceptions”. It is capable of “effectively” countering rockets, mortar and artillery shells as well as “aircraft, helicopters and UAVs at very short range,” the company adds, referring in particular to the unmanned aerial vehicles, i.e drones.

Cyprus and Greece accused Turkey of stirring up tensions in the Eastern Mediterranean in late July as Ankara was preparing to send a drill ship to the area to search for natural gas. Cyprus, which is split along the ethnic lines between the Greek Cypriots and Turkish Cypriots, is a major point of contention between Athens and Ankara.

The island nation was partitioned in 1974 when Turkey invaded its northern third in response to a brief Greek-inspired coup. The Turkish forces still keep their presence in the northern part of the island, which calls itself the Turkish Republic of Northern Cyprus. Northern Cyprus is considered by the international community to be part of the Republic of Cyprus and only Ankara recognizes its independence.

The developments also come just days after Turkey and Israel announced normalization of ties and full restoration of diplomatic relations as their ambassadors returned to Tel Aviv and Ankara following years of tensions. It is unclear whether a reported arms deal with Cyprus would affect relations between Israel and Turkey. Ankara has not commented on the reports so far.