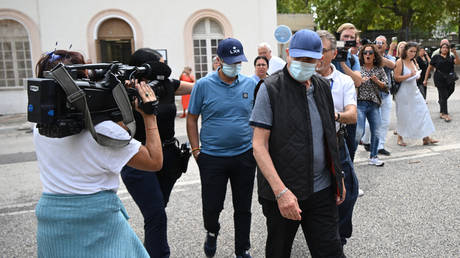 A French court sentenced two fraudster dentists to jail terms on Thursday over needlessly pulling teeth and performing other operations on healthy patients. The main culprit, 42-year-old Lionel Guedj, was sentenced to eight years in prison, while his father, 70-year-old Carnot Guedj, who worked part-time for his son, received five years behind bars.

The dentists, whose ultimate goal was to profit from the social security system, favored quantity over quality, doing extremely sloppy jobs that repeatedly resulted in infections, inflammations and permanent damage to their patients.

According to prosecutors, Lionel Guedj commonly performed root canal treatment in just ten minutes, while the rather complex procedure usually requires some 45 minutes on average. All in all, he performed around 3,900 such operations on over 300 patients before the scheme was busted.

In 2010, he became the country’s highest earning dentist, bagging up to €2.9 million in fees. According to the national health service, which partially paid for the fraudulent operations, Guedj managed to fit some 28 times more bridges than the average dentist.

Victims of the criminal doctors said they suffered life-altering injuries as a result of the ‘work’ done on them. One victim, aged 18 at the time, went to Guedj over a minor enamel issue but ending up having 24 teeth pulled. Another victim ended up with no teeth left.

“I had lost half my teeth by the time I was 45, and at 55 I no longer had any, only implants,” the woman, identified only as Ouassila, said ahead of the hearings, as quoted by AFP.

The judge slammed the dentists for “destroying” the lives of their victims and forcing them to suffer “intolerable pain” as a result of their “systematic” profiting scheme. The dentists, however, insisted that they had meant no harm to their patients.

“Never, but never, did I intend to injure or cause pain,” the younger Guedj told the court. The excuses, however, apparently convinced neither the court nor the public, as the dentists were booed by the crowd outside the courtroom.

Previous Posts The Queen and Russia: From Gagarin to Putin
Next Posts US politician arrested after journalist investigating him was killed