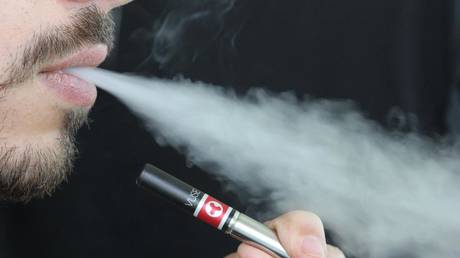 Some 10 tonnes of lithium end up in UK landfills every year as disposable vape users throw out on average two pens containing the substance every second, Sky News revealed on Friday. While the average vape battery contains just a tenth of a gram of the metal, it adds up quickly, amounting to enough lithium to make batteries for 1,200 electric cars, a joint investigation by the broadcaster and the Bureau of Investigative Journalism showed.

“We can’t be throwing these materials away, it really is madness in a climate emergency,” University College London professor Mark Miodownik told Sky, pointing out that the metal is “in your laptop, it’s in your mobile phone, it’s in electric cars.”

Some 18% of the 4,000 individuals surveyed had bought a vape in the previous year, according to market research conducted by Opinium on behalf of non-profit recycling group Material Focus, and 7% of those had purchased a disposable vape. Extrapolated nationwide, the survey results indicate 168 million disposable vapes are sold every year in the UK.

More than half of vapers said they threw theirs out when the battery died rather than returning them to the shop where they bought them or taking them to an electronics recycling facility.

Vape pens are just the tip of the iceberg, according to Material Focus, which has previously estimated that UK homes contain 500 million items of electrical waste – articles containing precious metals such as gold and copper, as well as lithium, that could be worth as much as £370 million. Instead of being recycled, these items end up in landfills, which is not only bad for the environment but in some cases against UK law.

The manufacturers of products such as disposable vapes, which are classified as “waste electrical and electronic equipment” (WEEE), are supposed to place themselves on a national register and take other measures to ensure their products’ harmful ingredients are recycled.

However, the investigation found no evidence that the makers of either of the UK’s most popular vape brands, Geek Bar or Elf Bar, were on that register. When the outlet went to the Environment Agency with the findings, the agency promised an “appropriate enforcement response.” It’s not clear how many years disposable vape-makers have been getting a free pass from industry recycling requirements, but Geek Bar and Elf Bar have been around since 2015 and 2018, respectively.

The World Health Organization warned about the high risk of vaping and e-cigarettes last year, even though UK public health officials claim vaping is 97% less harmful than smoking tobacco and the National Health Service even began prescribing vapes to smokers trying to quit earlier this year.