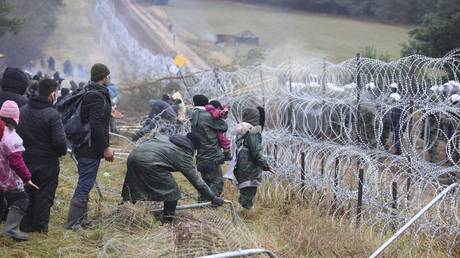 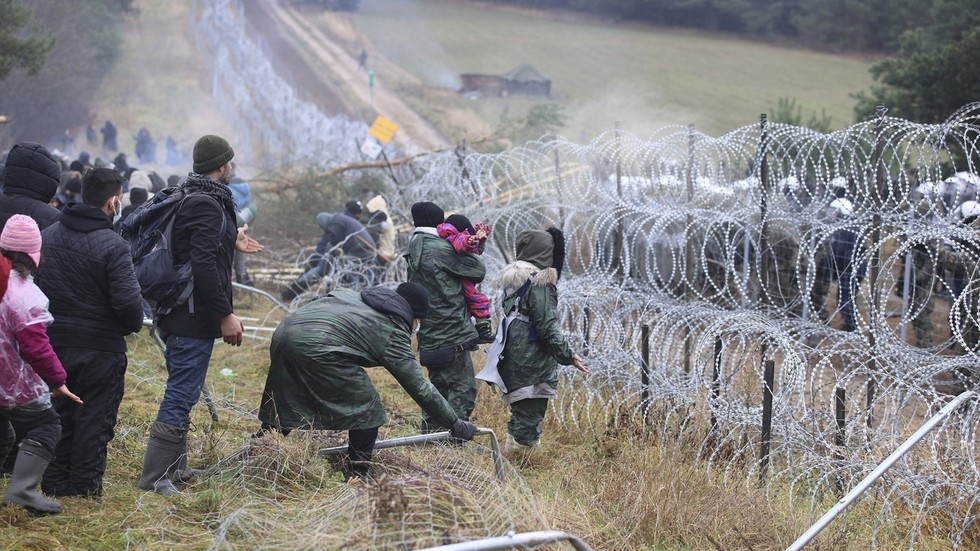 Polish officials said they have caught 50 asylum seekers who illegally entered the country from Belarus as the EU accuses Minsk of engineering a refugee crisis.

Regional police spokesperson Tomasz Krupa said 50 people crossed the border “by force” near the village of Starzyn shortly after 8pm local time on Saturday. Police detained 22 would-be asylum seekers, all of whom are Iraqi nationals, he added.

The Polish Border Guard later said all of the 50 intruders were quickly apprehended and “brought to the border line.”

Krupa said that at around the same time on Saturday, several dozen people tried to breach the border near Klukowicze-Kolonia, while around 100 more were waiting nearby. According to the police spokesperson, the migrants pelted the officers with stones, damaging a police vehicle. “A stone hit the helmet of one officer. Fortunately, the policeman didn’t require hospitalization,” he said.

Overall, there were 223 attempted illegal crossings from Belarus to Poland on Saturday alone, according to the Polish Border Guard.

More than 3,000 asylum seekers, mostly from the Middle East, have been camping out at the Belarusian border and braving cold November nights, as well as tear gas and pepper spray occasionally employed by Polish border guards. Reports say up to 10 migrants have been found dead since the standoff began last month.

The EU accuses Belarus of engineering the refugee crisis as part of what it calls a “hybrid attack” against the bloc. The EU’s top diplomat, Josep Borrell, told Le Journal du Dimanche on Sunday that member states will decide on November 15 whether to broaden sanctions on Minsk to target “all those involved in the smuggling of migrants to that country, for example, airlines and travel agencies.”

Borrell said the EU will be looking at sanctioning around 30 Belarusian government officials “involved in the crisis.”

Belarusian President Alexander Lukashenko has denied facilitating the influx of migrants to the Polish border. Belarusian officials accuse the EU of waging its own hybrid war on Minsk by supporting opposition figures and media.