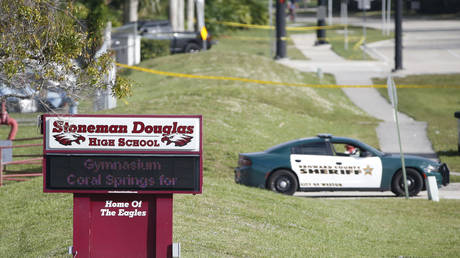 Florida Governor Ron DeSantis has suspended four members of the Broward County School Board, after an investigation into a 2018 school shooting recommended they be fired for neglect and incompetence.

The decision was announced on Friday with immediate effect, and the governor’s office noted it was made on the advice of a grand jury probe which accused the four officials of “incompetence, neglect of duty and misuse of authority” among other things.

“It is my duty to suspend people from office when there is clear evidence of …misfeasance or malfeasance,” DeSantis said in a statement, going on to condemn the “inexcusable actions by school board members who have shown a pattern of emboldening unacceptable behavior, including fraud and mismanagement.”

The governor said he had already tapped replacements for the four sacked officials.

The grand jury investigation found that the board had mismanaged a multimillion-dollar program for “school safety and renovation initiatives,” and despite being aware of the problems took little action.

Moreover, even four years after a mass shooter killed 17 students and staff at Marjory Stoneman Douglas High School, the board failed to replace a “safety-related alarm that could have possibly saved lives” during the massacre.

The safety alarm “was and is such a low priority that it remains uninstalled at multiple schools,” the governor’s office continued, citing the probe’s findings, adding that “students continue to be educated in unsafe, aging, decrepit, moldy buildings that were supposed to have been renovated years ago.”

Fourteen students and three staff members lost their lives in the February 2018 shooting, which despite lasting just seven minutes remains the deadliest high school shooting in US history.