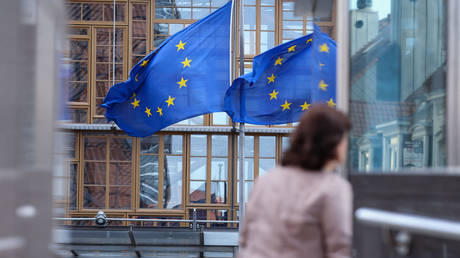 The EU is urgently trying to find a way to resolve an escalating feud over asylum seekers rescued at sea that has pitted France against Italy, a top official in Brussels has revealed.

European Commission Vice President Margaritis Schinas told the media that Brussels is looking to convene an extraordinary ministerial meeting in the hope that the two member states will patch things up.

In an interview with Politico published on Friday, Schinas said that the EU “cannot allow two member states fighting each other in public and creating yet another mega political crisis over migration.”

In order to diffuse the situation, the European Commission is “taking the initiative” and calling for a meeting of home affairs ministers in the coming weeks, the official added.

According to Schinas, a comprehensive solution dealing with the whole of the central Mediterranean migrant route would be preferable. That should include “development aid and neighborhood aid to countries of origin and transit,” an area where there is still room for improvement, the European Commission vice president pointed out.

Tensions between Paris and Rome flared up after the recently sworn-in Italian government refused to let the ship Ocean Viking, which is operated by a French NGO, dock at its ports. The vessel was carrying some 230 migrants who had been rescued at sea.

The French government was quick to call out Italy’s “unacceptable behavior” and failure to “respect its European commitments.”

Interior Minister Gerald Darmanin said on Thursday that the French authorities would allow the Ocean Viking to drop anchor in Toulon.

However, Paris also announced it would freeze its previous plan to take in 3,500 asylum seekers who are currently in Italy, and urged other EU member states to do the same.

Successive Italian governments have insisted the country has had to take in a disproportionately large number of newcomers and called on other EU member states to share the burden.

The newly elected cabinet has vowed to crack down on illegal immigration.

Previous Posts Trump attacks another possible 2024 rival
Next Posts Want To Reduce Your Thigh Fat? Start With These 5 Easy Exercises