EU approves new round of sanctions 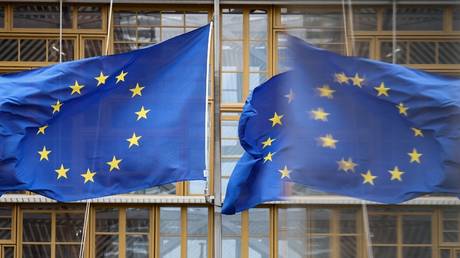 The EU’s Committee of Permanent Representatives on Wednesday approved the bloc’s seventh package of economic sanctions on Russia, Lithuanian Ambassador Arnoldas Pranckevicius announced. Meanwhile, the EU relaxed some of its other anti-Russia restrictions to allow food to be traded.

The tranche of fresh economic penalties include an EU-wide ban on gold imports from Russia, a step that the US, UK, Japan and Canada have already taken. With Western markets already closed off to Russian gold as a result of earlier sanctions, the new ban was described as mostly symbolic by industry analysts when it was previewed last week.

The package also freezes the assets of Sberbank, Russia’s largest lender. However, Russian assets needed for the global food trade will not be frozen, and a change to existing sanctions also set for approval on Wednesday will see the EU unfreeze funds belonging to other Russian banks that are needed for food and fertilizer, Reuters reported.

As well as adding new goods to existing lists in a bid to crack down on sanctions evasion, Wednesday’s package adds 50 new names to the EU’s blacklist, including military commanders and politicians. Among the latter are Moscow Mayor Sergey Sobyanin and a number of Ukrainian nationals appointed by Russia to various government positions in territory it controls in Ukraine.

Relatives of some already-sanctioned Russian businessmen are named, as are actors Sergey Bezrukov and Vladimir Mashkov, as well as Aleksandr Zaldostanov, the leader of the Night Wolves biker club. Zaldostanov’s club was founded after the collapse of the USSR and has grown into a patriotic movement that holds rides in support of President Vladimir Putin and against the Western-backed Maidan coup in Ukraine.

Before its adoption, the latest round of penalties was described by the European Commission as a “maintenance and alignment” package intended to tighten loopholes in existing lists and align the EU with its other Western allies on gold imports.

No new restrictions were applied to energy imports. With Russia removed from the SWIFT banking network and sanctions impeding the flow of its gas to Europe, the EU is currently preparing a range of measures to lower its gas use by 15%, including mandatory rationing and “involuntary” domestic usage reductions due to higher prices.