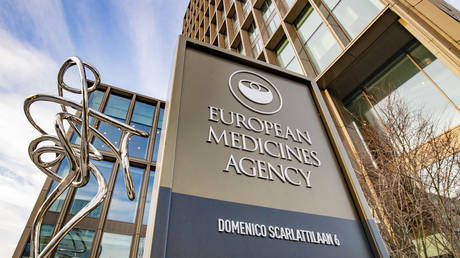 The EU’s drug regulator has backed the emergency use of Merck’s pill for the treatment for clinically vulnerable Covid-19 patients as cases surge across the continent.

On Friday, the European Medicines Agency (EMA) “issued advice” backing the emergency use of the drug developed by Merck in collaboration with Ridgeback Biotherapeutics, although it has not yet been authorized by national authorities.

In a statement, the drug regulator said the medicine called Lagevrio – also known as molnupiravir or MK 4482 – “can be used to treat adults with Covid-19 who do not require supplemental oxygen and who are at increased risk of developing severe Covid-19.”

It said the treatment should be administered as soon as possible after Covid-19 is diagnosed and within five days of the start of symptoms. The medicine should be taken twice a day for a period of five days.

The EMA listed the potential side effects of the capsules, including mild or moderate diarrhea, nausea, dizziness and headache. The treatment is not recommended for pregnant women.

The watchdog announced earlier on Friday that it had begun reviewing Pfizer’s medicine Paxlovid for Covid-19 with the same goal “to support national authorities” who may decide on its early use prior to marketing authorization in light of rising cases and deaths in Europe.

On Friday, Austria announced it would enter a new nationwide lockdown from Monday and make vaccination mandatory, while Germany’s health authorities claimed the country had turned into “one big outbreak.”

Both Pfizer and Merck have requested approval for their coronavirus medicines from the US Food and Drug Administration, but it is unclear when it might be granted.