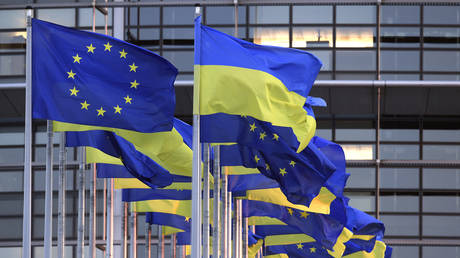 Albanian Prime Minister Edi Rama has warned authorities in Kiev not to hope for a speedy accession to the EU, noting how both his country and North Macedonia have already been candidates for a very long time.

Speaking on the sidelines of the EU-Western Balkans summit in Brussels on Thursday, the Albanian leader stated that it was a “good thing to [achieve] candidate status” but that he hoped “the Ukrainian people don’t make many illusions about it.”

“North Macedonia [has been a] candidate since 17 years, if I have not lost count. Albania, for eight. So, welcome to Ukraine,” said Rama.

The Albanian leader’s comments came after the EU parliament decided to grant Ukraine, Moldova and Georgia EU candidate status on Thursday. However, since the European Parliament’s resolution is non-binding, it is now up to the European Council to decide whether or not to accept the three EU hopefuls’ bids.

While the majority of MEPs noted the importance of allowing the three countries to step onto the path to accession, a number of them have emphasized that Ukraine, Moldova and Georgia must continue to reform, with some noting that their path to full-fledged EU membership could be quite lengthy.

Meanwhile, Georgian Prime Minister Irakli Garibashvili has insisted that his country was much more deserving of candidate status than Ukraine or Moldova.

While giving his annual report to the Georgian Parliament on Thursday, Garibashvili noted that Georgia was “the undisputed leader in all the parameters,” and was ahead of not only Ukraine and Moldova, but also of many EU and NATO member states.

He insisted that the EU Parliament’s candidacy recommendations were not merit-based but driven by the current geopolitical situation revolving around the Russian-Ukrainian conflict. Garibashvili said the EU Commission’s “emotional” approach to his country’s candidacy was disappointing, but that he continued to await its final decision on Georgia’s bid.