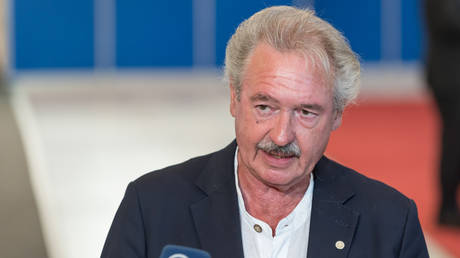 The EU cannot just keep introducing sanction after sanction against Russia, Luxembourg’s Foreign Minister Jean Asselborn said during an informal summit of the bloc’s foreign ministers in Prague on Wednesday.

He noted that sooner or later the EU would have to return to diplomacy, although he admitted that the time for that had yet to come.

“We are trying to make sure that the already adopted [sanctions] are implemented. You cannot constantly [impose] sanctions, sanctions, sanctions. At some point, you need to think about how we can get back on the path of diplomacy. I know that this is not on the table right now,” the minister said.

He added that the EU would eventually have to find a way to resolve the Russia-Ukraine conflict, noting how sanctions against Moscow are hurting the bloc itself. He pointed to the fact that Russia’s energy giant Gazprom has halted gas deliveries to France and that Germany has “a huge problem.”

On Tuesday, the Russian energy giant cut off gas supplies to French utilities company Engie after it failed to pay for July gas deliveries in full. The following day, Gazprom suspended the flow of gas to Europe via the Nord Stream 1 pipeline, which runs to Germany, for three days due to maintenance.

The minister’s statements come as Luxembourg, along with countries such as Austria, France and Germany, has taken a stance against introducing a blanket visa ban for all Russian citizens, which had been proposed by a number of EU states, notably Poland, Estonia, and the Czech Republic.

Asselborn argued that such a measure would create “a new iron curtain in Europe” and insisted that ordinary Russian citizens must not be targeted by EU sanctions. “We all agreed from the start that this was Putin’s war,” he said.

The issue of restricting travel for Russian citizens had become the key topic of the Prague summit, while Moscow has called such “irrational” actions as being against the interests of EU member states. Kremlin spokesperson Dmitry Peskov has vowed that Moscow would retaliate against any such measures in a way that protects Russian citizens.

“Brussels and individual European governments have repeatedly shown an absolute lack of sense … when it comes to anti-Russian impulses,” Peskov said on Tuesday, noting that EU policies directed against Russia tended to benefit the US at the expense of their own people.