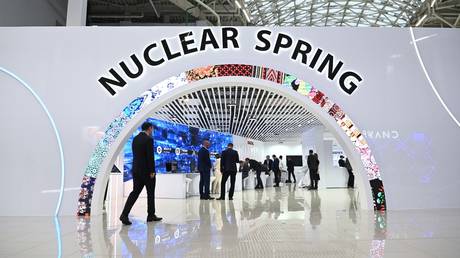 Hungary is set to continue its nuclear energy cooperation with Russia and remains opposed to any sanctions in this field, Foreign Minister Peter Szijjarto told RT on Monday. The country’s top diplomat made the remarks on the sidelines of the ongoing Atomexpo-2022 forum in Russia’s southern resort city of Sochi.

“It’s obvious that nuclear [power] is the cheapest, safest and most environmental way of generating energy. And that’s why it’s in our national interest to continue the nuclear cooperation with Rosatom and to make the two new reactor blocks operational as of 2030,” Szijjarto said.

He was referring to plans to expand Hungary’s Paks nuclear power plant in cooperation with Russia’s state-owned nuclear energy giant Rosatom. Back in August, Budapest gave the company a permit to construct two new reactors at the site, with works expected to begin in 2023.

The project has faced opposition from several EU nations. So far, however, Hungary has been successful in resisting attempts to extend anti-Russia sanctions, imposed over the ongoing conflict in Ukraine, into the nuclear energy field.

“We were always fighting for an exemption for nuclear [energy] when it comes to the sanctions regime. So far we were successful, so I have a good hope that we will be successful in the future in this regard as well,” Szijjarto said.

Hungary’s economy heavily relies on Russian energy. Apart from cooperation in the nuclear field, it also imports fossil fuels, such as oil and gas, from Russia. Budapest has been a vocal critic of the EU’s approach towards the conflict in Ukraine, arguing that the bloc’s sanctions are hurting the bloc itself more than Moscow.