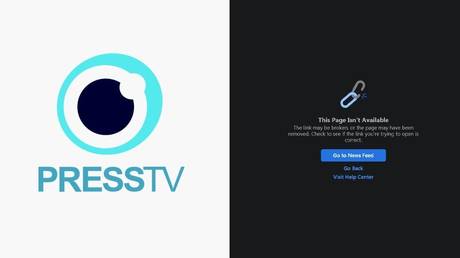 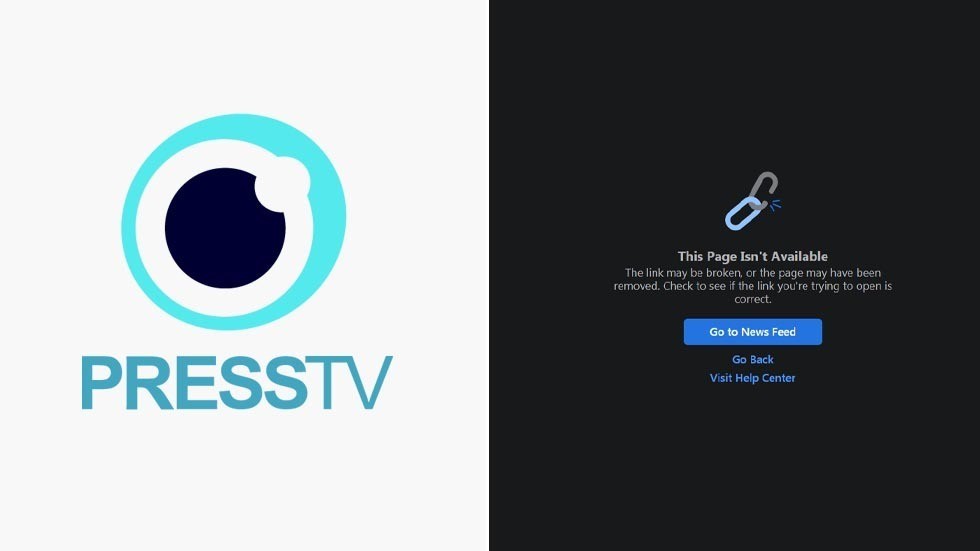 Social media giant Facebook has shut down an account run by Press TV, a major Iranian English-language media outlet. The network said it was provided with no warning or explanation ahead of the deletion.

The network’s page, boasting a four-million-strong following, vanished from Facebook on Tuesday afternoon.

“In a notification upon taking down the page early on Tuesday, the US-based social media giant said the decision was ‘final,’ adding that it could not provide additional information for ‘safety and security reasons,’” Press TV has said, condemning the “attack” by the social media giant.

Also on rt.com Pompeo claims Al-Qaeda has new home base in Iran, but doesn’t provide evidence


Facebook’s hostile move towards Press TV has coincided with new allegations raised against Tehran by US Secretary of State Mike Pompeo. Speaking at the National Press Club in Washington on Tuesday, Pompeo claimed the Al-Qaeda terrorist group had established a new “home base” in the country, without providing any hard evidence to back up that bold allegation.

However, Press TV has also speculated the deletion might be part of Big Tech’s ongoing purge of Trump supporters, stating that the “attack coincides with Press TV’s coverage of shocking post-election violence in the US.” This was apparently in reference to the mass deletion of social media accounts in the aftermath of last week’s Capitol Hill riot.

The drive has already resulted in Twitter deleting the accounts of US President Donald Trump and many of his supporters, including high-profile individuals such as former national security advisor General Michael Flynn and lawyer Sidney Powell. On Monday, Twitter also revealed it had suspended more than 70,000 accounts “that were primarily dedicated to sharing QAnon content.”

Also on rt.com The silencing of President Trump by Big Tech is moral cowardice, and all about the opportunistic pursuit of power and profit