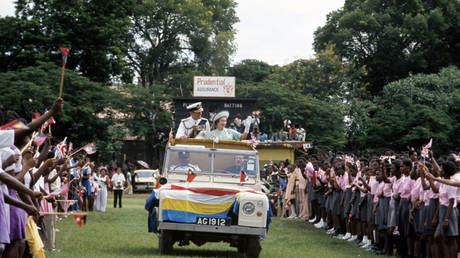 The prime minister of Antigua and Barbuda has pledged, if re-elected, to hold a referendum on becoming a republic and removing the British monarch as the Caribbean nation’s head of state.

Gaston Browne’s announcement came just two days after the death of Queen Elizabeth II, although the premier stressed that his proposal should not be considered “an act of hostility.”

Speaking to ITV on Saturday after a formal ceremony proclaiming the queen’s son, King Charles III, as the new monarch, Browne said the referendum would take place “within the next three years.”

The initiative “does not represent any form of disrespect to the monarchy” but reflects “long standing aspirations” of Antigua and Barbuda’s people, the prime minister explained.

While admitting that abolition of the monarchy is not a pressing issue on the islands and that “most people haven’t even bothered to think about it,” Browne claimed that it could be “a final step to complete the circle of independence to become a truly sovereign nation.”

Antigua and Barbuda, which became independent in 1981, is due to hold a general election next year.

The British monarch serves as head of state in 14 countries, besides the UK – Antigua and Barbuda, Australia, The Bahamas, Belize, Canada, Grenada, Jamaica, New Zealand, Papua New Guinea, Saint Kitts and Nevis, Saint Lucia, Saint Vincent and the Grenadines, Solomon Islands, and Tuvalu. Last year, following a vote in parliament, Barbados removed the Queen as head of the state and became a parliamentary republic.

In the UK, the anti-monarchy group ‘Republic’ described the proclamation of the new King as “an affront to democracy” and called for a public debate on Britain’s “move to a democratic alternative to the hereditary monarchy.”

A May survey by YouGov showed that 62% of Britons believe the UK “should continue to have a monarchy in the future,” down from 73% ten years earlier, while 22% think that the country should have an elected head of state, up from 16% a decade ago.