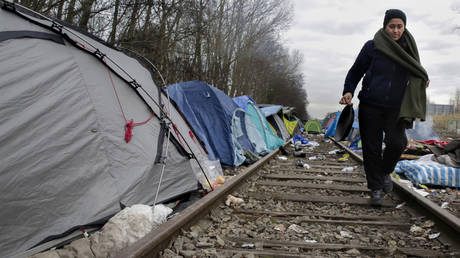 French President Emmanuel Macron has proposed an overhaul of immigration and asylum policies that would include redistributing migrants to rural areas facing population decline. He condemned the current policies as “inefficient and inhumane,” announcing on Thursday that the matter would be put to a vote at the start of next year.

Explaining the rationale behind the resettlement program, Macron reasoned that “the conditions for their reception will be much better than if we put them in areas that are already densely populated, with a concentration of massive economic and social problems.” Putting new arrivals in sparsely populated areas would help them “integrate much faster and much better,” he said, especially those who already have vocational skills or some command of the language.

The current policy, however, is “absurd,” he said, because it “consists of putting women and men who arrive, who are in the greatest misery” in the poorest and most crowded neighborhoods.

Rural areas are “losing population,” he said, a trend immigrant families – which typically have more children than European families – could reverse, avoiding the need to shut down schools and colleges due to lack of enrollment.

Not all of France is on board with such a plan. Right-wing populist Eric Zemmour has instead suggested the demographic decline could be addressed by introducing €10,000 “birth grants” for children born to native parents in rural France, rather than what he describes as €50,000 “spent each year per unaccompanied illegal minor.”

Another opposition leader, Marine Le Pen, has accused Macron of seeking to change a law he is unwilling to apply. “We believe that they should go back home,” she tweeted on Friday, referring to the illegal aliens the president hopes to resettle in the countryside.

Macron did promise to “improve the effectiveness of deportation policies” at the border and urged other countries to improve their own processes for taking back immigrants convicted of crimes. Visas would be granted to a country’s residents based on the “spirit of cooperation to take back foreigners in an irregular situation, starting with those who disturb public order,” he said.