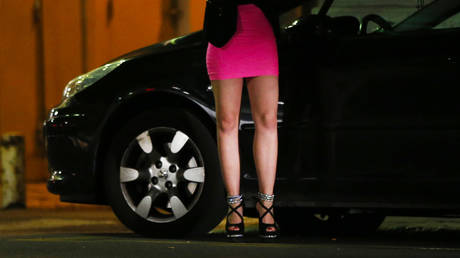 The French government has kicked off a €14 million national campaign to tackle underage prostitution and pimping. It comes months after a report found as many as 10,000 youngsters, mostly teen girls, are involved in the sex trade.

The campaign, launched by the Ministry for Solidarity and Health on Monday, is expected to be fully rolled out in 2022. The ministry described the problem as a “growing phenomenon that society can no longer ignore” and about which “too little is known.”

The government programme is expected to “increase awareness” while helping to “inform and provide a better understanding of the phenomenon.” It also aims to help “identify the young people involved” and “prosecute clients and pimps more effectively.”

According to RFI, the prevalence of underage prostitution has increased by as much as 70% over the past five years, with social media believed to be compounding the problem. The public broadcaster noted that the situation had worsened during the Covid-19 pandemic when young people spent more time online.

In July, a working group produced a damning report that found between 7,000 and 10,000 young people were involved in prostitution across the country. The majority are young girls aged between 15 and 17, but a ministry statement noted that the “entry point” into prostitution was increasingly becoming younger at around 14-15 years.

“There’s really a normalisation of prostitution of young people because girls say that selling sex is a way of making lots of money easily and that it can help them reach their dream life,” deputy public prosecutor Raphaelle Wach told the news outlet France 24.

In its statement, the ministry noted that many minors did not consider themselves victims and valued the “financial autonomy” and feelings of “belonging to a group” and “regaining control” over their lives.

“These minors are however in danger, both physically and psychologically,” the ministry warned.

“Covid played a considerable role because social networking provided new ways of being able to hook in underage girls very easily,” Geneviève Collas, who runs an NGO fighting human trafficking, told RFI. She added that recruiting minors has been made “easier” with short-term apartment rental apps like Airbnb helping mask the scale of the problem on the streets.