Frenchman defends his legal right to not be ‘fun’ 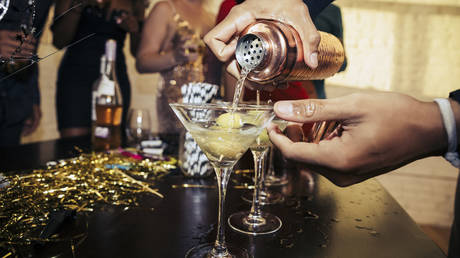 A French court has determined that an employee cannot be fired simply for not wanting to have fun and being reluctant to take part in team-building activities that include “excessive alcoholism” and “promiscuity.”

The ruling was handed down by Paris’ Court of Cassation on November 9, but was reported just this week. The legal battle involved an unnamed employee known as Mr T and Cubik Partners, a management consultancy and training company which promotes its “fun and pro” approach, and promises to “make management more human again,” according to its website.

The plaintiff was hired in 2011 and promoted three years later. Despite this, Mr T apparently had difficulties embracing corporate culture, as Cubik Partners fired him in 2015 over “professional inadequacy,” saying he failed to cultivate the company’s party atmosphere.

This included participation “in seminars and end-of-week drinks frequently ending up in excessive alcohol intake, encouraged by associates who made very large quantities of alcohol available,” according to the court ruling.

The ‘fun events’ also translated into “humiliating and intrusive practices regarding privacy,” including simulated sexual acts, the obligation to share a bed with a colleague during seminars, the use of nicknames to designate people and hanging up deformed and made-up photos in offices.

However, Mr T argued that he has the right to “refuse company policy based on incitement to partake in various excesses.” The court supported his line of thinking, saying the company’s practices violated his “fundamental right to dignity and respect of private life,” and that he was exercising his “freedom of expression.”