Germany promotes Moderna shot as the ‘Rolls-Royce’ of Covid vaccines 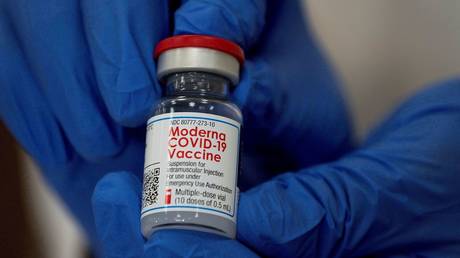 The German health minister claimed that experts see the Moderna shot as the “Rolls-Royce” of vaccines, while likening the Pfizer jab to a “Mercedes” as the country looks to roll out booster shots to tame a fourth wave.

Speaking on Monday, Health Minister Jens Spahn told a news conference that the government will insist on the use of the Moderna vaccine as a Covid-19 booster, warning that millions of shots could expire in the first quarter of 2022 unless used.

Spahn said that some 16 million Moderna doses could go to waste unless they’re used in the coming months. “This is an important aspect, but it is not the decisive one. What’s crucial is that our BioNTech stock is emptying so fast that coming next week we won’t be able to deliver more than two-three million doses a week,” he added.

The minister emphasized that the preference of most Germans for the Pfizer vaccine was misled, as he claimed that experts call the Moderna shot the “Rolls-Royce” of Covid-19 vaccines. Meanwhile, the Pfizer vaccine, developed in partnership with German firm BioNTech, was more comparable to “Mercedes.”

Germany is racing to deliver booster shots in an effort to tame a dangerous fourth wave of Covid-19, which has already led to a lockdown in neighboring Austria. Allaying fears of vaccine shortages, Spahn claimed that Germany had a combined 50 million doses from Pfizer and Moderna available until the end of the year.

Earlier in November, an advisory committee said that people under the age of 30 in Germany should only receive the Pfizer vaccine, as it caused fewer heart inflammations in younger people than Moderna’s. France, among other nations, had already applied similar guidance.