Germany ‘will get through this winter’ – Scholz 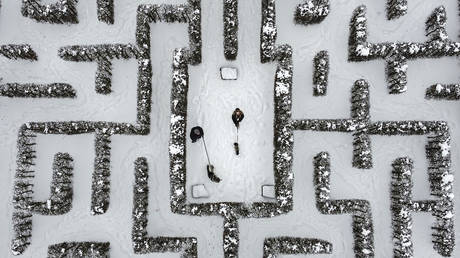 Berlin has already made several “timely decisions” to avoid a winter crisis and the German government is ready to double down and “change market rules” to shield citizens and companies from soaring energy costs, Chancellor Olaf Scholz said on Sunday, presenting a new €65 billion “inflation relief” plan.

“We will get through this winter,” Scholz reassured the nation during a press conference. “Germany stands together in a difficult time.”

Scholz said he is “very aware” that many Germans are struggling with the rising prices and that the government “takes these concerns very, very seriously.”

The third round of relief measures announced Sunday is estimated to be around €65 billion euros, and includes a one-off payment of €300 to German pensioners and a smaller payment of €200 to students. The government also wants to extend the state-housing benefits program from 700,000 to 2 million people, and cut social security taxes for those with a monthly income below €2,000.

READ MORE: Germany will back Ukraine ‘no matter what voters think’ – FM

In order to fund the new initiatives, which with two previous relief packages would amount to some €95 billion, Scholz seeks to tap into “excessive profits” of German energy providers. The government wants to introduce a price cap for those providers who produce electricity from sources such as coal, wind, solar and do not have to pay the costly natural gas – but take advantage of spiking electricity prices.

“We are firmly determined to change the market rules in such a way that such windfall profits no longer occur, or that they are skimmed off,” the Social Democratic chancellor promised.

Germany, which is heavily reliant on Russian energy imports to meet its needs, has seen energy prices spiraling as supplies of natural gas from Russia have been dramatically reduced over the past several months. While Moscow blames Western sanctions for obstructing regular maintenance of gas pumping equipment, on Sunday Scholz claimed that Russia cannot be considered a reliable energy supplier any more. Former Russian president Dmitry Medvedev responded by accusing Berlin of waging a “hybrid war” against Moscow.

In August, German inflation rose to 7.9%. The surge in energy prices is forecast to send it soaring around 10% in Germany and the Eurozone by the end of 2022, the highest in decades.