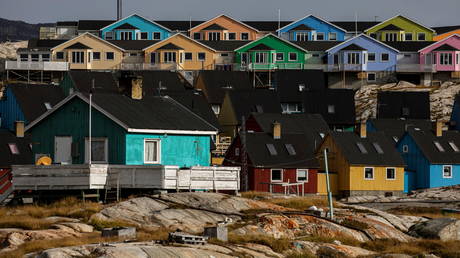 Six indigenous Greenlanders have demanded compensation from the Danish government over a failed social experiment in the 1950s which saw them separated from their families and educated in Europe.

Speaking on Monday, Mads Pramming, a lawyer for the Inuits, said he would file a lawsuit against the Danish government for their colonial-era experiment unless he heard back from Copenhagen in the next two weeks.

He told Politiken daily that his clients “lost their family life, their language, their culture and their sense of belonging,” adding that this was “a violation of their right to private and family life, in accordance with Article 8 of the European Convention on Human Rights.”

In 1951, 22 Inuit children were separated from their homeland and taken to Denmark, enticed with the promise of a good education worthy of Greenland’s future elite. Copenhagen intended for the children to return home as role models for Greenland. Only six are still alive today, all are in their 70s.

When they returned to Greenland, the children were placed in an orphanage despite not being orphans. Many of them never saw their families again.

Denmark issued a formal apology for the experiment in December last year. “We cannot change what happened. But we can take responsibility and apologize to those we should have cared for but failed to do,” Danish Prime Minister Mette Frederiksen said.

Helene Thiesen, now in her 70s, only discovered why she had been taken away in 1996. Thiesen told the BBC she never rebuilt her relationship with her mother.

Greenland was a Danish colony until 1953, from which point it gradually became an autonomous territory.