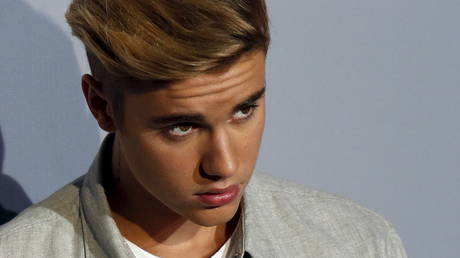 Palestinian Islamist group Hamas has called on Canadian singer Justin Bieber to cancel his upcoming concert in what it calls the “Zionist occupation state” of Israel.

Bieber announced his 2022 world tour dates this week, with a concert in Tel Aviv planned for next October. On Thursday, Hamas’ Artistic Production Department issued a statement, cited by the Palestinian Sawa news outlet, “condemning and denouncing” the performer. It called on the star to cancel the show and “boycott the Zionist occupation state in protest at its repeated crimes against the Palestinian people.”

Bieber has performed in Israel multiple times, his last performance there having been in 2017 at Park HaYarkon – the same venue slated for next year. Since the announcement of the ‘Justice’ tour dates, calls for him to cancel the Tel Aviv show have gained momentum across social media, with many posters condemning the singer for supporting what one called an “apartheid state.”

Some noted that Bieber was set to arrive in Israel after performing in South Africa. “Justin Bieber is really going straight from SA to Israel. From a country that fought apartheid to a country that’s practicing apartheid,” one Twitter user complained.

A petition asking the singer to boycott Israel and exclude it from his tour has been launched online, and had garnered some 3,700 signatures by Friday.

In 2018, the New Zealand singer Lorde canceled a concert in Israel, subsequently thanking fans for “educating” her on the issue, and, the same year, US artist Lana Del Rey at first defended her decision to perform in the country, saying her appearance would not be a “political statement,” before backtracking and canceling the gig.

Hamas has been designated a terrorist group by the US, the EU, and, as of Friday, the UK. In April 2021, international non-governmental organization Human Rights Watch concluded in a report that Israel had committed “crimes against humanity of apartheid and persecution.”