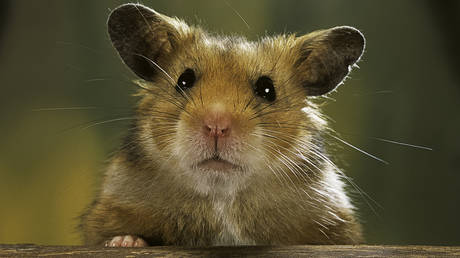 A project in Hong Kong will see 2,000 pixelated hamsters created and sold as NFTs to spread awareness about the mass culling

A Hong Kong group has launched a non-fungible token (NFT) project that will “mint into existence” 2,000 pixel art hamsters to protest a government decision to cull the pet rodents over concerns about the risk of Covid-19 transmission to humans.

The project, known as ‘Carries Hamsters’, is reportedly named after Hong Kong Chief Executive Carrie Lam. It was apparently launched on Thursday, as hamster owners and pet shops on the Chinese-ruled island handed over the critters after health authorities ordered about 2,000 hamsters and other small rodents to be “humanely” put down this week.

Announcing the campaign via its Instagram account, the group noted that it would “not stand for the euthanizing.” In order to “stand up, spread [the] word and positivity,” 2,000 hamsters will be digitally “resurrected” and sold – with part of the proceeds going to an animal charity “combating” the cull that followers can select a day before the NFTs are created.

The minting process is scheduled to begin at midnight on Monday, with the group promising that the community will have “hamsters of all sorts and colors, with attributes that directly relate” to Hong Kong. The project will also “airdrop” merchandise to NFT holders to “continue the mission and spread the word.”

A life is a life, whether it be a human or an animal. We need to stand together to ensure that each life is given the importance that it deserves.

The group’s account has shared teasers of the digital hamsters that will “live on with us on the blockchain.” They range from a “chilling rainbow hamster with a flowery hairband” to other pixelated creations with eyeglasses, hats, face masks, and face shields.

While the campaign appears to have sparked a generally enthusiastic response, some social media users have criticized the group as “shameless to profit off the tragedy.” But the project members said “spreading awareness will make authorities think twice when they make a decision like this.”

Although there have been growing calls and petitions to end the cull over the week, city authorities have not rescinded their order. After months without any local transmission, Hong Kong has recently experienced a slight spike in Covid-19 cases.