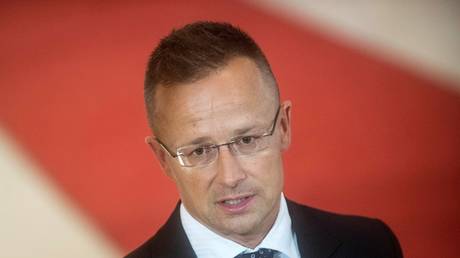 The international community should now focus on ensuring that the current escalation between Moscow and NATO does not spiral into a direct military conflict, the Hungarian foreign minister has said.

Speaking to Russian news outlet RIA Novosti while in New York for the 77th session of the UN General Assembly, Peter Szijjarto said: “If you ask me, the most important task now is to prevent tensions in relations between Russia and NATO from growing into an open military confrontation.”

The diplomat warned that the consequences would be catastrophic.

Szijjarto went on to say that, like others from his generation, he had always hoped that he would never experience a war as devastating as WWII.

“We don’t want to put the existence of the planet on the line, because a direct conflict between NATO and Russia has no end, and everyone knows what it means,” he warned.

According to Szijjarto, Hungary, which is a member of the military alliance itself, is doing its best to prevent this doomsday scenario.

On Friday, he indicated that Budapest will not rush to impose new sanctions on Moscow, especially those affecting energy supplies.

“It’s a definite red line for us. We don’t want to force the Hungarian people, who are in no way responsible for the war, to pay for it,” Szijjarto said.

He also warned that the European economy is sliding into recession due to the punitive measures against Russia already in place.