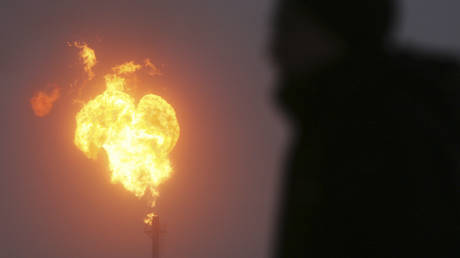 Hungarian Prime Minister Viktor Orban has warned about the devastating effects of an EU embargo on gas from Russia, which Brussels hopes to introduce eventually.

Speaking on the conflict between Russia and Ukraine in a regular Friday interview with Kossuth Radio, Orban said, “the Hungarian government is almost the only one in the whole of Europe that isn’t talking about sanctions and war, but about the need for peace and investing in peace.”

“War isn’t in anyone’s interest,” he insisted, adding that he was surprised to hear so few “voices for peace” within the bloc.

The sweeping EU sanctions imposed on Moscow over the military offensive in Ukraine, including a partial oil embargo, have led to a spike in energy and food prices across Europe.

“If they move to introduce a gas embargo they will ruin the whole European economy,” Orban warned.

Hungary, which arguably has the closest ties with Moscow among EU member states, has taken a more balanced stance on the Russian military operation.

While condemning the use of force and providing humanitarian aid to Ukraine, Budapest has refused to send weapons and consistently criticized the idea of restrictions on Russian oil, gas, and coal.

A partial embargo on Russian oil was introduced by the EU in late May, but Hungary was among the nations that were given a waiver from it.

Budapest, which receives most of its oil from Russia through a pipeline, had compared a full ban to having an “an atomic bomb” dropped on its economy.

Last month, European Commission President Ursula von der Leyen reiterated that the EU’s goal in the long run is to “get rid of the overall dependency on Russian fossil fuels, all three of them [gas, oil, and coal], and never to go back again.”

The Hungarian PM said he would not rule out the possibility of von der Leyen’s plans eventually coming to fruition, but a lot of it will depend on Europe’s largest economy, Germany.

Berlin initially stated that an oil embargo would be out of the question, but changed its mind just a few weeks later, Orban said, adding that the Germans can reject a ban on Russian gas now, but there’s no way of knowing if they will stick to that position in the future.