Iran sees no difference between Biden and Trump 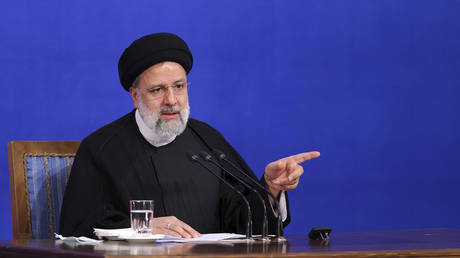 Iranian President Ebrahim Raisi does not believe that a face-to-face conversation with Biden on the sidelines of the United Nations General Assembly in New York would be of any benefit to his country or could somehow help revive the landmark 2015 nuclear deal.

“I don’t think that such a meeting would happen… I don’t believe having a meeting or a talk with him would be beneficial,” Raisi told CBS reporter Lesley Stahl in a 60 Minutes interview set to air on Sunday. Both Raisi and Trump are set to address the UNGA next week, but a meeting between the two leaders was never officially on the agenda.

Asked whether he could see any differences between the Biden administration and his predecessor Donald Trump’s, Raisi noted that from Tehran’s perspective there were none, particularly in regard to the nuclear deal formally known as the Joint Comprehensive Plan of Action (JCPOA).

“The new administration in the US, they claim that they are different from the Trump’s administration… But we haven’t witnessed any changes in reality,” the Iranian leader said.

The initial nuclear deal signed in 2015 by Iran, the US, UK, France, and Germany – as well as Russia, China, and the EU – saw Tehran agree to certain restrictions on its nuclear industry in exchange for the easing of economic sanctions and other incentives.

In 2018, the accord, however, was torpedoed by the US under then-President Donald Trump, who unilaterally withdrew from it, saying it was fundamentally flawed, and reimposed sanctions on Tehran. As a result, Iran started gradually reducing some of its commitments under the accord.

Despite campaign promises to resurrect the deal, Biden made no progress on the issue.

Amid the efforts to revive the agreement, a draft of the new deal leaked last month showing a four-stage process starting with an immediate lifting of sanctions on dozens of Iranian banks and other economic entities. Iran would also immediately begin scaling back its nuclear activities.

Earlier this week, US Secretary of State Antony Blinken accused Iran of taking “a step backward” in talks, making near-term agreement on the matter “unlikely.” The top US diplomat was referring to the “final” text of the agreement, which was proposed by the EU on August 8. Since then, the US and Iran have traded responses on the matter several times.