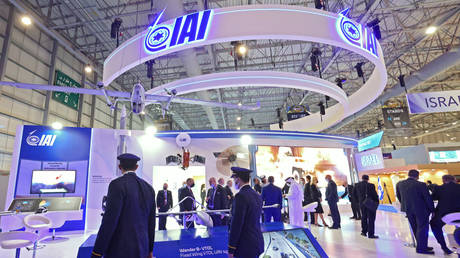 Israeli and UAE defense suppliers have agreed to jointly develop unmanned vessels that can be tailored for a range of military roles, including anti-sub warfare. The move comes after the two countries held naval drills last week.

Emirati state-owned weapons maker EDGE group and the government-run Israel Aerospace Industries (IAI) announced the partnership in Dubai on Thursday. In a joint statement, the firms said they would design the 170 m-USV (modular-unmanned surface vessels) series for both military and commercial applications.

The vessels, which can apparently operate remotely or with partial and complete autonomy, are expected to be used for “maritime security operations,” intelligence-gathering, surveillance, detecting and countering submarines and mines, and as a deployment platform for vertical take-off and landing (VTOL) aircraft such as helicopters and certain types of drones.

For commercial use, the manufacturers noted that they can be customized to serve in a variety of roles, including oceanography, pollution monitoring, oil and gas exploration, transportation, search and rescue, firefighting, and first interventions.

While not specifying the sources and amount of the project’s funding, or when production would begin, EDGE Chief Executive Faisal Al Bannai described the deal as an “important milestone” that would “open many doors” for the company in “local and global markets, military and commercial alike.”

In March, the two companies had partnered up to develop an autonomous drone defense system to “detect, identify and intercept a broad range of threats.”

Last week, the UAE and Bahrain conducted their first-ever joint maritime drill with Israel’s navy. The US Fifth Fleet also participated in the five-day show of force in the Red Sea, which was reported by Israeli media outlets as sending a message to Iran.

The naval exercises came a little more than a year after Israel and the UAE established diplomatic ties in normalization agreements brokered by the Trump administration. The Abraham Accords broke decades of Arab consensus to not formally recognize Israel until the issue of a Palestinian state was settled.