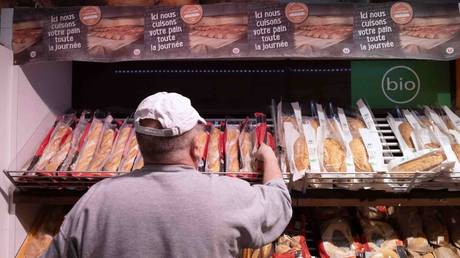 French President Emmanuel Macron admitted on Thursday that the energy and cost-of-living crisis have made life more challenging for many of his fellow citizens. The country will get through the winter without energy rationing, however, if everyone sticks to a “strategy of sobriety.”

“Life is more expensive and therefore it is difficult for many of our compatriots. There is a rise in food, energy prices,” Macron said in an interview with BFMTV.

The energy crisis in Europe, exacerbated by sanctions on Moscow over the Ukraine conflict and a decrease in Russian natural gas supplies, has been driving inflation. In August, the wholesale price of electricity in France exceeded €1,000 per megawatt-hour, which was more than 11 times higher than the previous year.

Macron blamed the difficulties on the “situation in the world” and stressed the need for collective responsibility to overcome them. “We can get through this winter if everyone plays their part,” Macron said.

When asked if France would be able to avoid rationing energy, the president responded that his ministers were pursuing a “strategy of sobriety, not rationing.”

Under the strategy, citizens will be required to pay more attention to energy saving when using appliances like air conditioners and heaters. The government, Macron stressed, is taking the necessary measures to protect households, including importing more electricity.

France relies on nuclear energy more than any other European country, generating about 70% of its electricity this way. However, more than half of its 56 nuclear reactors have been shut down for maintenance, which is aggravating current problems.