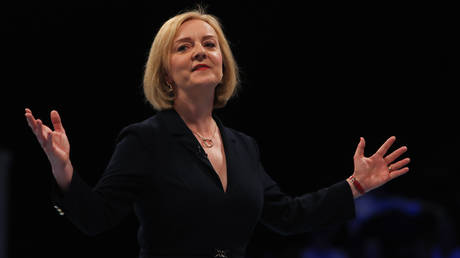 British Foreign Secretary Liz Truss has been chosen to lead the Conservative Party and become the new prime minister.

The winner of the two-month race between Truss and former finance minister Rishi Sunak was announced on Monday by Sir Graham Brady, chair of the 1922 Committee of backbench Tory MPs.

Speaking after her election was announced, Truss heaped praise on her predecessor and former boss, Boris Johnson.

“Boris, you got Brexit done, you crushed [former Labour leader] Jeremy Corbyn, you rolled out the vaccine and you stood up to [Russian President] Vladimir Putin,” she said, summing up his achievements. “You are admired from Kiev to Cole Island.”

As the new leader of the government, Truss pledged to continue delivering on the commitments that won the Tories the 2019 general election. She promised to cut taxes, deal with energy shortages, and improve the National Health Service.

Johnson announced his resignation on July 7 after a series of high-profile scandals and cabinet resignations. Truss is the third woman to become British prime minister after Cold War-era political giant Margaret Thatcher and Johnson’s predecessor Theresa May.

Around 160,000 Conservative party members voted in the final stage of the contest, which closed on Friday.

The new prime minister will officially take office on Tuesday after a meeting with Queen Elizabeth II at Balmoral Castle in Scotland.