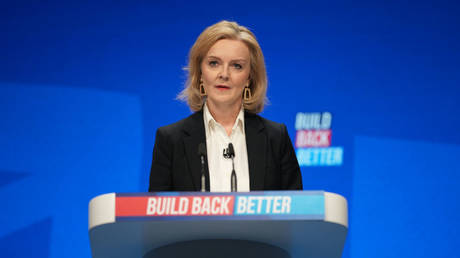 Liz Truss has been revealed as the new leader of the Conservative Party and Britain’s next prime minister.

The media had already been declaring the result a foregone conclusion, because there was no real contest between her and Rishi Sunak when it came to Conservative Party votes. She replaces Boris Johnson, who was forced to resign following a series of scandals which rocked the credibility of his government (of which Truss was a part).

But she doesn’t represent a clean start or a breath of fresh air. She is a product and accumulation of the legacy he set in motion. For those disenchanted with Johnson’s policies, things are going to go from bad to worse.

Johnson was known as a buffoon, albeit often in an intentional way. Before ‘Partygate’ destroyed public trust, he was for the most part likeable. His clown-like antics were an asset before they ultimately showed themselves to be a liability.

Liz Truss has none of that. She is mocked, but there is a tragic element to it because the key point is she’s trying to be serious. Like when she became widely ridiculed early on due to her obsession with cheese. But it’s not a joke for her.

She is a democratic fundamentalist who has a very dogmatic understanding of the world, and has blended it into the mantra of Brexit throughout her rise to power, transforming it from a reactionary nationalist nostalgia into a neoconservative confrontationalism.

Her brand is built upon overselling Britain’s capabilities, on pretending it is something it is not, and in conjunction with that striving for a heroic collision course with both China and Russia simultaneously.

It has been reported that she is seeking to declare Beijing as an official threat almost instantly on obtaining office. It remains to be seen whether this is just jingoism, given that she has a record of “governing by slogan,” but even so it will ultimately serve to generate uncertainty and escalate tensions.

And one can’t readily assume she is actually competent and knows what she is doing. For the public, what is most disturbing about Truss is that her actual skills and competence to run a government are questioned by many, and she starts off with a deficit of both trust and popularity. She’s actually less popular than Johnson.

Her entry into Number 10 couldn’t come at a worse time either. People aren’t going to be patient with her. Britons face skyrocketing electricity bills and living costs. The country is expected to enter recession, with many pensioners being unable to pay their electricity bills this winter.

That is the price of victory in Ukraine, she will say, blaming Putin and probably Beijing too. By doubling down on an emerging Cold War with China, and refusing to compromise with Moscow, she is likely to make things much worse for the average Briton in the immediate future. She can talk tough and appear self-righteous, but she doesn’t seem to have a plan that will improve the public’s livelihoods anytime soon.

That isn’t going to accelerate Britain’s revival on a global scale, as she likes to claim, but is in fact going to accelerate its decline into irrelevance. Not only will Britain be poorer, but there’s little inclination to believe a state led by her would actually be respected by others.

Less than a week before Truss’ victory, it was revealed that India’s economy had overtaken the United Kingdom in terms of GDP. For Indians, surpassing their former colonial masters was a moment of celebration, showing the rise of their country.

Yet for Truss, the empire isn’t over, and she doesn’t seem to understand Indians won’t accept one-sided trade terms in Britain’s favor. They don’t do trade deals on “post-imperial nostalgia.”

Her tenure in office is gearing up to become a hard reality check, likely rife with chaos, recklessness and potentially even disaster. That is, unless she surprises her country and the world by pulling some ingenious ace out of her sleeve. Does she have one stashed? Only time will tell.