Meghan Markle compares her wedding to release of Mandela 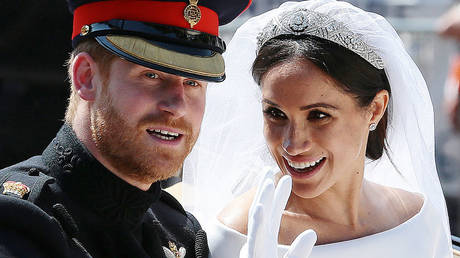 The grandson of Nelson Mandela lashed out at Meghan Markle on Tuesday after she likened celebrations resulting from her royal wedding to the joy over the release of the iconic anti-apartheid activist from prison.

Speaking to the Daily Mail, Zwelivelile Mandela, a South African MP, said he was surprised by Markle’s remarks. On Monday, the Duchess of Sussex told The Cut magazine that during the 2019 premiere of ‘The Lion King’, a South African member of the cast claimed that her wedding with Prince Harry made South Africans “rejoice in the streets the same way we did when Mandela was freed from prison.”

Mandela’s grandson, however, believes that such comparisons play down the sacrifice of his grandfather and other figures that fought against apartheid, a policy of segregation and discrimination against the nonwhite majority, which existed in South Africa from 1948 to the early 1990s.

“Madiba’s celebration was based on overcoming 350 years of colonialism with 60 years of a brutal apartheid regime in South Africa. So it cannot be equated to as the same,” Mandela’s grandson said, referring to the clan name of the former South African leader.

According to Zwelivelile, when South Africans celebrated his grandfather’s release from prison, where he had spent 27 years, and danced in the streets, the jubilance was much more warranted than the joy over Markle’s marriage to “a white prince.”

“We are still bearing scars of the past. But [Mandela’s celebrations] were a product of the majority of our people being brought out onto the streets to exercise the right of voting for the first time,” he said, adding that even now, “there are people who want to be Nelson Mandela.”

According to the Times, Zwelivelile advised the Duchess of Sussex “to pull up her sleeves and better the lives of ordinary people in England and in the United Kingdom.”

“For the personality she is, she can do a lot of good in the global community by adopting the causes that Madiba championed.”

Meghan Markle, former star of TV series ‘Suits’, married Prince Harry in 2018. The couple’s lavish royal wedding was widely covered by Western media and attended by many high-profile figures. A number of controversies have surrounded them since, the most notable being their decision to step back as ‘senior’ members of the Royal Family, which reportedly led to a major rift between the couple and Buckingham Palace.